How Many Batteries Do I Need For a 1000 Watt Inverter?

The inverter is attached to the battery bank in RVs and off-grid residences and utilizes it to power AC appliances and electronics.

You may choose to employ batteries as a backup power supply even in a grid-tied configuration.

How many should you buy, then?

Before it runs out of juice, a 100ah battery can operate a 1000 watt inverter at full capacity for an hour.

The inverter runtime will be halved if the battery has a 50% discharge rate, thus the battery capacity must be doubled to 200ah to operate for an hour.

Requirements for a 1000 Watt Inverter Battery

The number of batteries needed is determined by how long the inverter must operate and how much load it can handle in an hour.

The effectiveness of the inverter must also be considered.

Use this to calculate:

A 1000 watt inverter will need 83.3 amps to power a full load continuously for one hour.

You need an 83ah battery, however you ought to get a 100ah battery to make up for the ineffectiveness of the inverter.

A 1.2-hour runtime is provided.

However, batteries lose power more quickly the more amps are used, thus you should anticipate the battery to run out within an hour.

We stress that operating the inverter for 60 minutes will completely deplete a 100ah battery.

When the capacity of lead acid batteries reaches 50%, they must be recharged.

Weize 12V Deep Cycle AGM is the battery we suggest if you’re searching for a 100ah battery since it functions with all types of inverters and in various configurations.

The inverter would have operated for the required amount of time by the time it lowers to 50%.

The Renogy 12V AGM 200 is our favorite choice since it was created specifically for inverters.

No matter the size of the inverter or battery, this formula is valid.

To round off the findings to the next greatest battery capacity, just replace the amps and watts with your own figures.

This graph illustrates the recommended battery sizes for a 1000 watt inverter at maximum load.

Utilize the third column as a suggestion if you’re intending to use a lead acid battery since it shouldn’t be discharged below 50%.

This graph takes the inverter’s full 1000 watt capacity into account.

A smaller battery will do, for example, if it can power a 500 watt load for 30 minutes.

You can entirely deplete lithium batteries if you have some.

However, their higher price might be a problem if you need many.

It all comes down to the load that the inverter must operate and the depth discharge when determining its size.

More batteries will be required the longer the inverter must operate.

A residence that is off the grid may use solar panels during the day and batteries at night to power it.

However, an inverter will always be required to power any gadget that uses AC, which is the majority of them.

This leads to the next question, which is how long can a battery endure.

As you’ll see, it will depend on a number of variables.

The duration of a battery’s life and whether or not it is fully depleted depend on the inverter load.

With a 1000 watt inverter, a 400 ah deep cycle battery will last 4 hours before it is completely depleted.

The inverter will shut off after two hours if the battery is 50% depleted.

The battery size should be twice what you need to prevent difficulties.

Invest in a 400ah lead acid battery if your inverter must operate at full capacity for two hours.

The inverter can still consume around 166 amps, which is more than enough, even if you have to recharge when the level reaches halfway.

The usage of a lithium battery bank is an additional option.

Yes, the price will go up, but the increased discharge rate is the price to pay.

Constantly charging the inverter might be a hassle if you use it for extended periods of time all the time.

You can use a lithium battery nearly entirely.

Always choose the next largest size up when purchasing batteries.

Get a 100ah battery if the inverter requires 83 amps per hour of power.

In the event of a power surge, having backup power is crucial.

That much electricity can accommodate a tiny camper’s demands.

Here are some illustrations.

Here are a few other appliances:

You may determine how many appliances the inverter can power and for how long by adding up the total watts or amps drawn every hour.

This is entirely dependent on the depth discharge and the number of batteries linked to the inverter in an off-grid arrangement.

Since most RVers have a backup power source, such as a generator, and if you spend the most of your time in campgrounds, you won’t need much battery power.

However, if you like tent camping in remote areas, an inverter of this size, together with compatible batteries and solar panels, is probably plenty.

Of course, it will depend on the quantity and quality of the extra power sources you have.

The power a gadget uses while it is in operation is measured in running watts.

The amount of electricity needed to start up a gadget is measured in surge watts.

Most need 1000 watts of power to operate, which your inverter can manage.

However, it has 2000 surge or starter watts, which is twice the inverter’s capacity.

The hair dryer won’t operate without this little spike, which barely lasts a second.

There are also several other equipment, gadgets, and appliances with significant surge wattages.

Check the surge wattage of any device before using it with a 1000 watt inverter.

Regardless of the operating watts, the inverter won’t be able to power it if it is above 1000 watts.

Despite the fact that your inverter has a 1000 watt capacity, it is not a good idea to overload it.

A few runs at maximum load are OK.

However, if you discover that you are consistently needing 1000 watts, it may be time to upgrade to a bigger inverter.

Efficiency Of A 1000 Watt Inverter

Due to inefficiency, some power is wasted while a DC to AC converter operates.

It is comparable to solar panels, which do not entirely convert sunlight into electrical energy.

Although inverter efficiency ratings might range, a minimum of 85% is considered adequate.

The 95 percent rating on better inverters is the level you should strive for.

The inverter can operate on a high load for a longer period of time the higher its rating.

A low efficiency rating is problematic since it impairs inverter function.

For example, a 15% energy loss would imply that only 900–900 watts, maybe even less, would be available.

Therefore, you must ensure that the inverter quality is good.

What Kind of Inverter Should I Use?

Modified sine waves continue to be popular because they are more cheap.

Use pure sine if you’re going to power tools and other delicate equipment.

For these components, you’ll want the best inverter, so think of it as an investment.

Modified sine wave will do if the inverter is only used occasionally and for brief periods of time.

The amount of electricity needed by an inverter battery depends on the weight of the load.

You can acquire an accurate number without purchasing too many or too few batteries if you know how to calculate the quantity of batteries required. 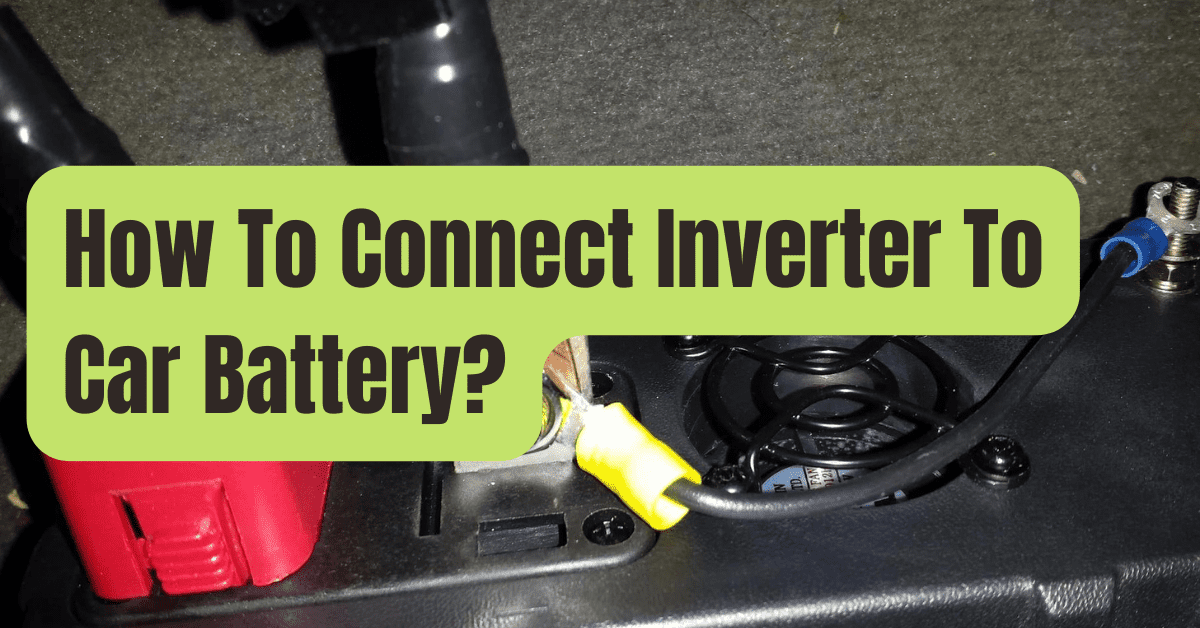