How Many Solar Panels Do I Need for Boondocking?

Depending on how many batteries you need to maintain and what items you wish to power, the amount of solar panels required for RV boondocking may vary.

The entire amount of Amp Hours (AH) your batteries can store must be added to the power demands of your equipment.

For boondocking, how many solar panels do I need?

These suggestions are based on the notion that a 100 watt solar panel can provide 30 AH of battery charge in 5 to 9 hours of light exposure.

Most RV solar panels vary in power from 150 to 200 watts on average.

Operating Your Equipment Day and Night

Noting that the aforementioned suggestions are all minimums Bigger is usually better when it comes to solar and batteries.

However, they still include control panels and igniters that function on battery power.

These appliances often run on propane or 120 volt electricity.

This is due to the inability of roof-mounted panels to be adjusted at the proper 90 degree inclination to face the sun.

Additionally, because they are on the roof, many people neglect to clean them.

On the other hand, solar panels that are mounted to the ground may be angled at a 90-degree angle to the sun.

They often get the most wattage since they are also maintained cleaner more frequently.

Because they may be “set and forgotten,” roof-mounted solar panels are popular.

In the meantime, you must physically install ground panels in the sun’s path and connect them to your solar charge controller.

Throughout the day, you may need to tilt and rotate the panels.

Additionally, ground panels face the danger of being stolen and might topple over in heavy wind gusts.

Can I Run the Air Conditioner on Solar Power?

To power a single AC unit for around four hours, you’ll need a larger battery bank with a storage capacity of at least 600 AH.

To charge the batteries fast and effectively enough to bring them up to charge and keep you powered through the evening, you’ll also need at least 1,200 watts of solar panels.

However, it is still unfeasible to run a 15,000 BTU air conditioner from a battery due to how many watts it uses.

For the majority of RV boondockers, running a single AC unit still requires a generator with at least 3,600 watts of power. 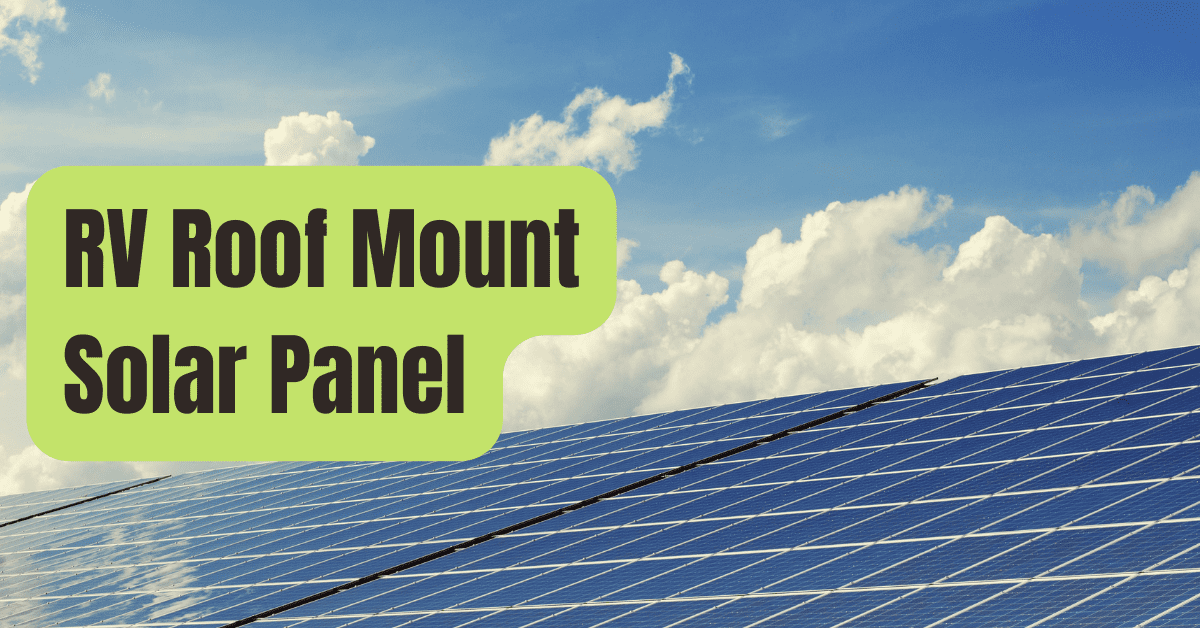