Building an Generator With an Alternator to Power Your Home

With the current state of the world, many individuals are attempting to become more self-sufficient.

If they have the space, they can grow their own vegetables, raise their own hens for eggs, or raise larger animals like beef and dairy cattle.

The most self-sufficient make their own clothing and/or other household products, as well as constructing and outfitting their own houses with homemade furniture.

Many of those who want to live off the grid must figure out how to power their houses without depending on the electricity grid.

Some people, such as the Amish, choose not to utilize the modern convenience of electricity and instead rely on lanterns, work horses, and other means to satisfy their requirements.

However, since modern appliances and power tools make life simpler, many self-sufficient people believe that the only reasonable solution is to generate their own energy at home.

This may be done in a few different ways.

One option is to invest in some quite pricey solar panels to harness the sun’s energy.

Another option is to invest tens of thousands of dollars on a generator that can be used alone or in combination with the solar panels discussed above.

But why pay for one when you can create your own DIY generator using an alternator?

How to Begin Using Your Power Generator

The ordinary American is used to 110v ac for basic devices like lights, television, computer, or refrigerator, and 220v ac for their stove and clothes dryer.

However, if you’re living off the grid on a budget, try utilizing automotive alternators and batteries (deep cycle marine batteries work well) with 12v lights to power your home lighting system on a 12v circuit with battery backup.

This reduces power demand, and in the event of a gas-powered generator failure or inability to obtain fuel, you can still run your house off of the batteries, and by supplementing the system with solar power and a wind generator built with an automotive alternator (or similar), you can keep the batteries charged to power the 12v lights and power inverter (s).

You can still use this 12v system to power a refrigerator or stove by using a step up transformer, also known as a power inverter, or you can use it to power a 12v motor to turn an entirely independent generator system with a higher voltage output if you can find one for free rather than spending hundreds of dollars on inverters.

Alternators in automobiles may allegedly be reprogrammed to create 110 volts.

Another way to create 110v is to use a 110v motor, such as one from a furnace, dryer, or ceiling fan motor, which you can get easily online.

Normally, when electricity is introduced into a motor, it converts to kinetic energy and rotates the motor, but when you reverse the process and use an outside force to move the motor, it creates electricity, or so the story goes.

I’ve never tried any of those two approaches, but it’s something to think about.

However, I can confidently state that a 12v generator system with a battery bank and power converter can adequately supply 110v household devices.

For camping and hunting trips, I use an 800 watt converter (shown below), but if you want to use this method to run your home continuously, you’ll need a large converter in the 4000-5000 watt range, though a 1000 watt will run the refrigerator, television, and several lights, as shown in this YouTube video.

A bank of batteries, power inverter(s), and automotive alternators in a small backyard windmill or other power source like a lawn mower engine are used to crank the alternator in another technique of operating your house off of a DIY generator system.

Here’s an example of a 12-volt generator with a lawnmower-style engine.

The batteries are charged by the wind or another power source, and the inverter(s) are powered by the batteries, which in turn power your electronic devices.

Here’s an example of a windmill powered by a car alternator.

People claim they purchased new components in several of these films, but it violates the concept of self-sufficiency.

If you have access to a fast-moving stream, you could even construct your own little hydroelectric power plant by turning the alternator with a paddle wheel and a gear reduction (think 15-speed bike gears and chain drive) (s).

Which approach you employ is totally up to you, and it will most likely be influenced by what you have on hand to work with and how much you can manage to spend on an inverter if you go for the inverter option.

Unless you’re like this man and know how to construct an inverter, you’ll have to buy one.

There are several tutorials on how to accomplish this, but I’m not sure I want to do it; instead, I’ll get an inverter.

Incorporating It Into Practice

It’s now only a question of connecting the power inverter to your battery bank and the alternator charging method of your choosing.

If you like, you may connect the inverter directly to your main breaker box (just make sure it is not on any outside power grid).

A 100 amp service is normally sufficient for a modest house, but a bigger home would need more.

A breaker box, which looks like a switch, is used in newer residences constructed after the 1970s.

Fuse boxes are used in older house service panels; they work similarly to breakers, but when a fuse blows, it’s over; when a breaker trips, you simply turn it all the way off, then back on, and service is restored.

A 220v feed enters your house’s breaker box, which is subsequently separated into two banks of 110v electricity.

This is where you’ll find the breaker switches for each circuit in your home.

There are probably multiple 15amp breakers for home lights and wall outlets, as well as a 20amp breaker for the refrigerator.

These are single pole breakers that can only handle 110 volts.

220 volts are required for these circuits.

Because the inverter is only 110v, you’ll need to connect 110v from the inverter to BOTH sides of the breaker box (black wires in figure below) to achieve 220v.

The breaker box will then split the electricity among the circuits as if you were on a power grid.

The schematics above illustrate how to link the system from the 12v generator (built using an automobile alternator) to the battery bank (to keep it charged).

This battery bank then provides the necessary 12v input for the 110v inverter(s), which may then be connected directly to the breaker box.

Make sure the residence isn’t connected to the electrical grid once again.

You’ll generally be able to tell since the property will have a glass globe meter where the supply enters.

If there isn’t a globe, it’s generally safe to connect into the box now.

To get to this, you’ll need to remove the service panel from the front of the breaker box.

If you’re using a single larger 110v inverter (4000-5000watt), split the positive (+) into two leads and wire each side of the breaker box; if you’re using two smaller inverters (2000-3000), run the negative (-) from each to the center buss (common ground buss; there will be bare copper wire bunched up along this buss bar) and then run the positive from each inverter to one side of the box.

This will provide electricity to the whole home.

Disclosure: This article contains links to third-party websites, and I may get a compensation if you purchase anything after clicking on those links.

Run two huge inverters if you really want to make sure you have lots of power; again, depending on what you have, this is the best case situation.

New deep cycle batteries aren’t cheap, but you’ll get better results if you can afford them, just like if you utilize two huge inverters.

If you’re on a tight budget, “found” vehicle batteries and smaller inverters can suffice; but, you won’t be able to use the stove or dryer.

If you can’t or don’t want to supply enough electricity to operate a 220v circuit for the stove, a smaller hot plate that works on 110v may be used instead.

Now that we’ve properly perplexed you, let’s take a brief look at how to construct the generator.

Being self-sufficient is becoming more vital these days, and it’s much preferable than relying on someone else to rescue you.

Consider occasions when catastrophic storms trapped thousands of people and left them without electricity for days or even weeks.

We had a significant ice storm a few years back that knocked out everyone’s electricity in the rural region where we resided.

I just plugged in the refrigerator, microwave, many lights, space heater, and television with my generator.

Surprisingly, the cable still functioned! Everyone who passed by inquired about the electricity, to which I replied, “Nope, it’s still off; I have a generator.”

The information presented here may be used for temporary crises such as a storm-related power loss, to build up your hunting lodge or summer house on the cheap, or to power your permanent home if you so want.

You can create your own home power source using stuff you can scavenge or with a little initial expenditure and a little imagination.

This material is provided to demonstrate what can be accomplished with a little creativity.

Warning! It’s risky to build your own generator.

This article’s material is provided for educational purposes only and should not be construed as professional advice.

Neither the author nor the reader will be held liable if they follow the advice given in this article.

If you’re thinking about doing this project, we strongly advise you to obtain professional help.

How To Make A Generator Videos Suggestions From Youtube 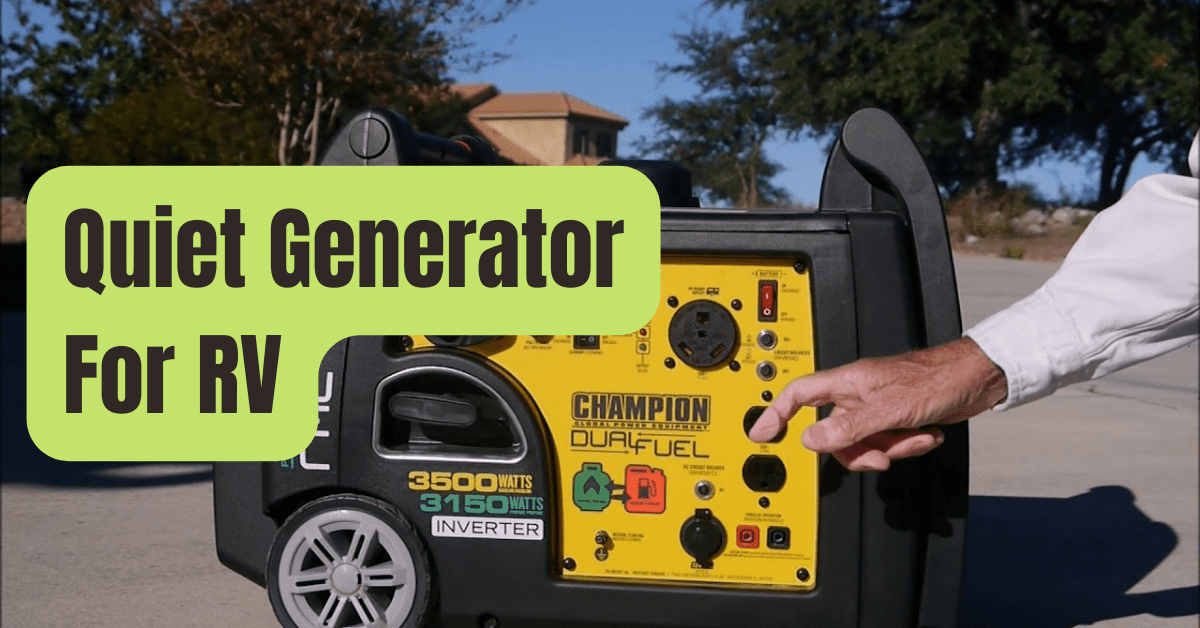 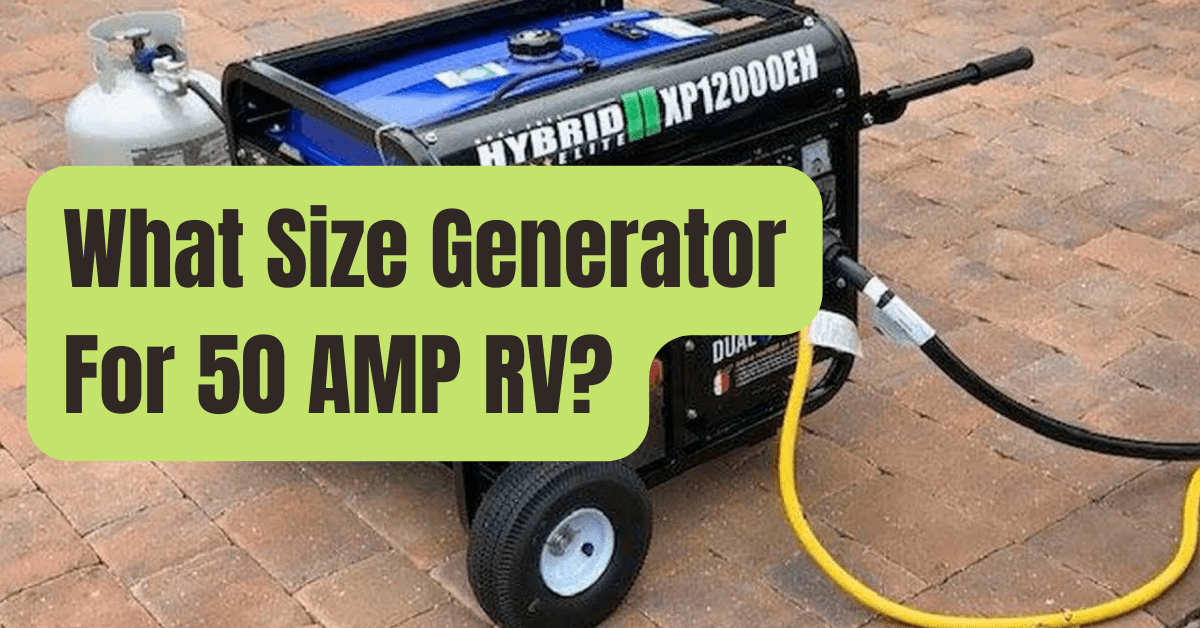