There’s a good probability that your RV has a lot of deep cycle batteries if you own one. These batteries will be used to store any extra energy generated by your solar panels or generators.

This implies that you will still be able to charge your battery when the generator is not working or there is adequate sunshine available.

How many watts of solar energy would it take to charge a deep cycle battery is a common question we get here. A 12 V 100 Ah deep cycle battery can be fully charged in 5 hours of sunshine on average using a 300-watt solar panel. However, you must remember that the amount of watts needed is based on the battery’s capacity and the quantity of sunshine.

A 100-watt solar panel will need 15 hours of direct sunshine, or generally three days, to fully charge your battery.

Perhaps more crucially, the amount of watts you provide the deep cycle battery determines how rapidly it can charge. On this page, we’ll do our best to address all of your most pressing inquiries.

Deep Cycle Battery: What Is It?

What is a deep cycle battery, and how does it vary from a standard battery, first?

A deep cycle battery is designed to provide consistent power for several hours. It is intended to be completely charged, followed by a 20% capacity discharge. You’re essentially going to deep cycle their electricity.

A deep cycle battery’s continual cycle of charge and discharge cannot be tolerated by any other form of battery. Because of this, your RV should only use only one kind of battery.

How Much Solar Power Does A Deep Cycle Battery Need To Be Charged?

A 5-watt solar panel should theoretically be able to charge a deep cycle battery. It could be done, but it wouldn’t be very efficient, and it would probably take a long time to charge your batteries.

Sincere to say, the amount of watts required to charge a deep cycle battery isn’t the major issue here. That is possible at any power.

It is the quantity of watts required to fully charge the battery in an acceptable period of time. This would, in our judgment, occur the day after charging.

There are a few pieces of information you will need on hand in order to determine how many watts your battery needs. Let’s go through each one.

Your battery’s capacity determines how much power it can store. This will either be 100ah or 200ah for the majority of deep cycle batteries in RVs.

The effective capacity is substantially lower than this since a deep cycle battery should only be discharged up to 80%. Your actual capacity, in the example of 100ah, would be 80ah. It would be 160ah if it had a 200ah battery.

Here, we’re going to assume that you’ve discharged your battery to around 20% of its capacity. Obviously, the charge time will be far less than the statistics we provide if you are not entirely draining your battery.

Voltage Of A Battery

Your battery’s voltage will probably be 6 volts, 12 volts, or 24 volts.

The most typical voltage will be 12v.

Finding that information shouldn’t be too difficult since the batteries will mention both the voltage and the AH.

Duration of Charge Hours per day

There should, on average, be a 5-hour effective charge time every day. This is when the solar panel is receiving all of the energy-producing juice from the sun. There can be a little bit more or a little bit less on different days.

To achieve an average, we’re going to proceed on the presumption that there will be 5 hours.

With this knowledge in hand, we can begin to calculate the number of watts required to completely charge the battery within five hours, or the quantity of usable electricity that the solar panel is providing.

We’ll need to figure out how many amps we need to charge the battery at an hourly rate first.

For the purpose of simplicity, let’s assume that we are charging an 80 ah battery (i.e., a 100 ah battery that is completely discharged), however you may adjust this information somewhat depending on the size of the battery you have.

We must split the 80 ah into the 5 effective hours in a day. This indicates that 16ah of power would be required to completely charge it.

We now multiply that 16ah of power by the voltage (let’s use 12v as an example), which gives us the watts. In this instance, it would be 192 watts, however we would like 250 watts to make sure the power is consistent.

Therefore, 250 watts of solar power are required to fully charge a 12 volt, 100 amp-hour deep cycle battery in one day.

Let’s dissect it for you a little. In this manner, you may do the computation on your own:

What Factors Affect How Quickly the Battery Charges?

As we said, a wide range of circumstances may affect how quickly the battery charges. In this part, that is what we want to look at.

In essence, the battery will charge more quickly the more watts you apply to it. But there is a limit in place here. Throwing thousands of watts at a battery and expecting it to charge in ten minutes is not realistic.

Your battery’s maximum power capacity should be listed in the handbook that came with it. Because they have rigorous limits on the amount of electricity going into the battery, less expensive batteries often charge more slowly.

How Many Batteries Are Being Charged

Most RVs have many batteries installed. It goes without saying that the solar panel can only generate a certain quantity of electricity.

This will be divided among all the batteries. Therefore, using a 250-watt solar panel would need 10-hours (or 2-days) to fully charge two 12v 100ah batteries.

Whether You Are Simultaneously Utilizing Power In The RV

the same as when many batteries were charging. The battery will rapidly discharge if you are simultaneously utilizing electricity in the RV.

This has to be taken into consideration. The battery would never charge, for instance, if your RV was using 15 ah of electricity and you had a 350 watt solar panel connected to a 12 volt, 100 ah battery. You will be robbing it of its potency each time it receives a little amount.

How Much Exposure To Sunlight You Get

When solar panels are exposed to direct sunshine, they perform at their best. It won’t function nearly as well if the solar panel receives even the tiniest bit of shadow.

The solar panel won’t function as well if there is even a little bit of cloud in the sky.

When we previously discussed the 5-hour charge period, we made an effort to account for the irregularities of sunshine. Therefore, you can typically anticipate 5 hours of charging time every day. However, anticipate charging to be much slower if the following happens:

It is normal for those who use their RVs mostly in the winter to need an additional 100–200 watts of solar power to make up for the shortfall in sunshine they are receiving.

Will Increasing the Solar Panels Shorten the Charge Time?

Most of the time, no. Even if you just have two 150-watt solar panels, the batteries will still get 300 watts of electricity from them. This remains the same.

Nevertheless, there are certain circumstances in which having many smaller solar panels as opposed to one large one may be advantageous for you.

As we previously said, solar panels do not like shade. The solar panels won’t be operating to their full potential if you are parked in the shadow. Due of this, many individuals would actually install solar panels on their RVs in various locations.

Yes. We are aware that some consumers would want to avoid the concept of a charge controller in order to save money. But this is a completely absurd notion. Although you may be saving money on the charge controller, replacing your batteries more often will result in higher prices.

A charge controller’s purpose is to lessen the risk of overcharging the battery. Additionally, it will guarantee that the battery doesn’t get an excessive amount of electricity at once.

As we previously said, overcharging the battery at once might cause it to overheat. A 10ah battery would melt if thousands of watts were added to it without a charge controller.

Additionally, the charge controller will aid in avoiding a severe drain of your deep cycle battery below that 80% level. Of course, doing this helps to guarantee that your battery will have the longest potential lifetime.

A deep cycle battery may theoretically be charged by any solar panel. However, only a select handful can do an efficient job of charging the battery.

Assuming you are not utilizing any other energy in your RV at the same time, you will need to buy a 250-watt solar panel if you have a 100ah battery.

You would need 500 watts of electricity if your battery capacity was 200 ah. This assumes that you need the battery to completely charge throughout the daily hours of sunshine.

You may be able to decrease the size of the solar panel you require significantly if your energy use is far lower than the battery’s maximum capacity. For instance, just a 125-watt solar panel is needed to charge a 50ah battery. 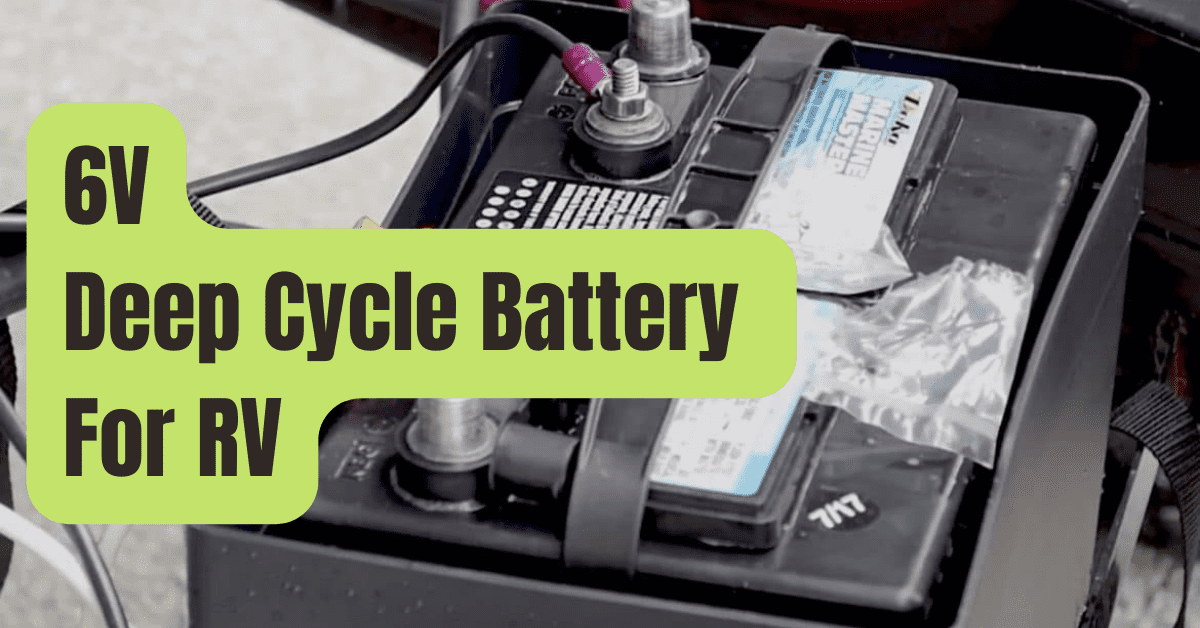 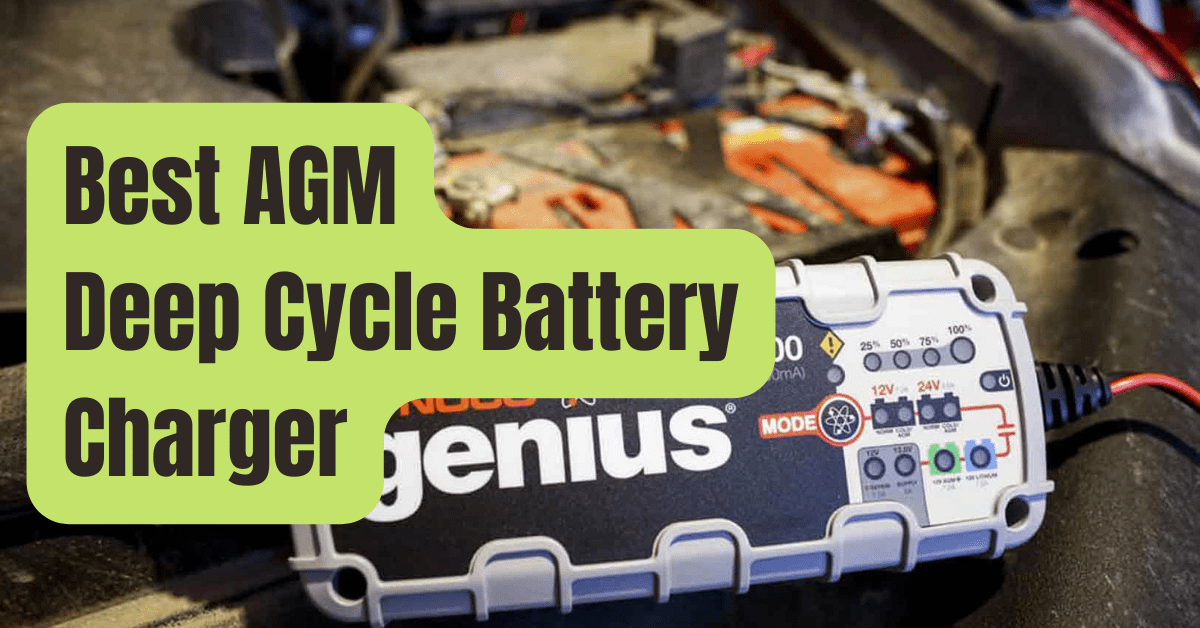 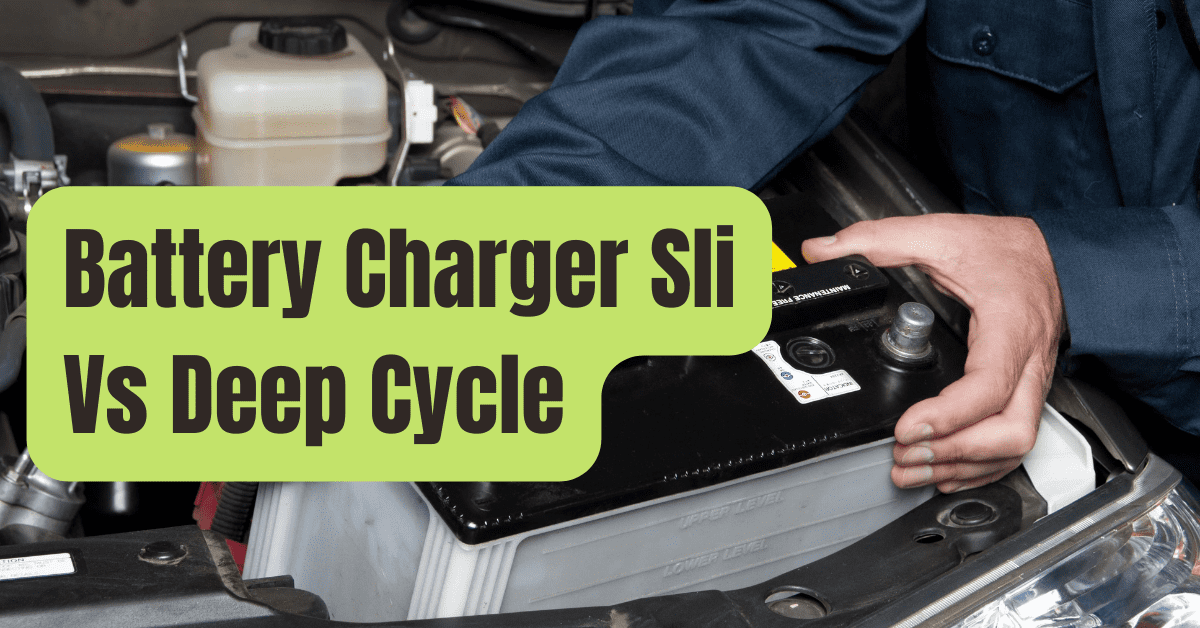 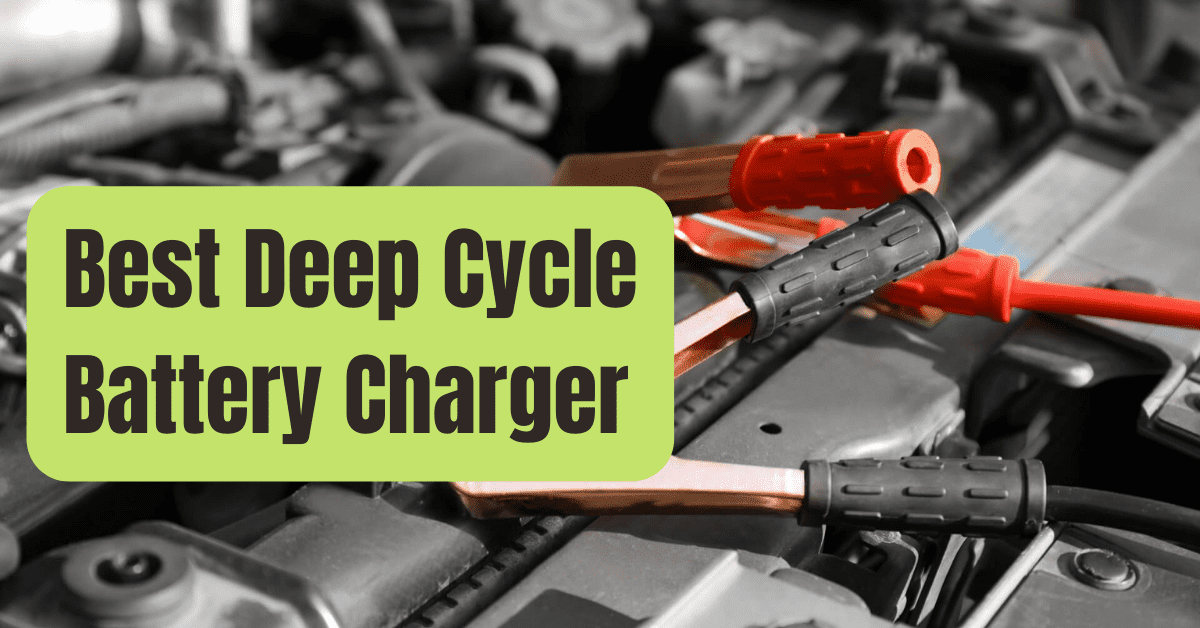