Titan Solar Generator Review: Is It Worth Buying? (2022)

I reside in a location that has lately seen a lot of power outages, so I’ve been more interested in preparation.

Now, I’m not a believer in “the end is near” apocalyptic scenarios, but when the power goes out due to poor weather, you’ll need a backup solar generator to keep the food in your fridge fresh.

However, I don’t always locate a solar generator that meets all of my requirements – some were too heavy, too huge, or had insufficient battery storage.

In light of this, I decided to test the Titan Solar Generator.

What Is The Titan Solar Generator, And How Does It Work?

The Titan Solar Generator is a big solar generator that can be charged in less than four hours using solar power, an AC outlet, a DC outlet, or a 24V battery expansion.

This allows it a variety of charging choices, as well as the ability to charge it using many different inputs at the same time, which speeds up the charging process.

The Titan’s most notable feature, however, is its stacked lithium-ion batteries.

Yes, you can practically stack as many lithium-ion batteries as you wish on top of each other to enhance the Titan’s total battery capacity.

While you could theoretically stack hundreds, industry experts advised doing no more than six at a time.

This is a massive solar generator, which is why it’s dubbed “Titan.”

I wouldn’t advocate taking the Titan camping; it’s better suited as a backup power option for a house.

This contraption weights a massive 66 lbs even with just one battery connected.

It’s not something you’d want to take about with you all the time.

The Titan boasts a plethora of features, thanks in part to its immensity, including:

The Titan’s 3000 watt pure sine wave inverter and 6 110V AC outlets make it a good choice for powering bigger equipment throughout the home.

What Is The Size Of The Titan Solar Generator?

The Titan Solar Generator is a massive structure.

The weight is 66 lbs with only a single battery and the machine itself.

You may add 35 pounds to each battery by stacking them on top of each other.

If you’re not cautious, it may swiftly grow to reach 100 pounds or more.

What Is The Maximum Amount Of Solar You Can Add To The Titan?

Thanks to two solar panel input slots that can take up to 2000 watts at once, the MPPT charge controller enables this device to charge through solar panels, allowing for exceptionally quick charging.

This device is great if you have a lot of solar panels at home.

What Will The Titan Generator Be Able To Do?

This device can operate on each battery:

Keep in mind that this is per battery; if you add a second battery, all of those times will be doubled.

You should be able to add up to 5 or 6 in a reasonable amount of time.

What Is The Price Of The Titan Solar Generator?

The Titan Solar Generator is presently available for purchase online for roughly $3,000 USD.

The Titan boasts excellent solar charging capabilities, so if you have a lot of solar panels on hand, you may want to consider purchasing one.

Using solar electricity to charge this product is only one of many methods to decrease your carbon footprint and assist the environment.

The Titan, according to the producers, may last up to ten years with 2,000 lifespan cycles, so you’ll have plenty of opportunity to put your solar panels to good use.

#2. Multiple Batteries in a Modular Design

What’s the point of having just one battery when you can have a full stack?

Yes, you may stack as many batteries as you like on top of each other on the Titan, increasing the total power capacity each time.

Each battery, on the other hand, weighs a massive 35 pounds.

This device weights over 100 lbs when the Titan and two batteries are combined.

It’s no surprise that a solar generator with this much power production capacity requires a lot of cooling and ventilation.

The Titan is equipped with unique fans that suck air in and push air out, keeping the goods cool.

Of course, there is the issue of noise.

During a recent outage, I had this running my refrigerator, and I couldn’t stomach being in the same room with it.

While the Titan Solar Generator is one of the best solar generators I’ve used in the past, it isn’t my first choice.

Here are some of the Titan Solar Generator’s disadvantages.

The Titan alone weights 31 pounds, but when a single battery is added, it weighs 66 pounds.

The fact that you can stack numerous batteries on top of each other to increase the power capacity tenfold is now its whole selling point.

That’s fantastic and all, but each battery weighs 35 pounds, so it rapidly becomes really cumbersome.

The maximum number of devices you should connect at once, according to experts, is six.

For each extra battery, here’s how much heavier the whole device would be:

To be clear, 241 pounds is around 50 pounds more than my own bodyweight.

If you want to move it anyplace, you’ll need a trolley or a large group of people to assist you.

If you have to take it downstairs to get to your kitchen, God help you.

#2. It Is Extremely Expensive

The Titan is one of the most costly solar generators on the market, with a price tag of about $3,000 USD.

If you’re a serious prepper, you may be willing to invest this much money on a generator.

However, for the majority of us, it is just excessive.

Is it really worth $3000 to let $80 worth of food go bad if you purchase one of these to preserve the food in your fridge or freezer when your power goes out?

The Titan is also one of the noisiest solar power generators I’ve seen, thanks to its noisy fans and continually circulating air ventilation system.

If you’re using this as a backup power source, noise may not be a problem, but I found it highly bothersome.

I need as few bothersome sounds as possible while I’m coping with the aftermath of a blackout and I’m anxious.

#4. It Appears to Be Excessive

Do I really need 6 AC power output slots, 6 USB ports, and 4 DC outputs in the event of a power outage?

I’m attempting to operate a few things in my home rather than producing Coachella.

Yes, having so many inputs and outputs on a solar generator is really useful, but it begins to seem like overkill.

Personally, I’d rather that they remove a couple slots and make the whole thing smaller.

My thoughts are my own, however I’m only one individual seeking for a product that meets my requirements.

To give you an idea of what other people think of the Titan, I’ve collected quotations from other people’s reviews.

Point Zero’s Titan might be the most flexible portable solar generator on the market!

The Titan delivers dependable solar backup power in every scenario because to its high-efficiency and high-quality components.

Titan Solar Generator was advertised as having a constant power output of 3,000 watts.

According to the specifications, this is performed using two lithium batteries.

As a result, we’re about to go through another transition.

Why not declare a constant power output of 1,500 watts???

Perhaps I’m mistaken, but the prototypes are missing two features: 1) For 240V, there are no dual Titans. Will early adopters be able to update, or will they be trapped with current version? 2) The built-in wall charger has been replaced with a solar array connection? It has the potential to be a fantastic product, but you are giving me pause.

Overall, no other product compares to the Titan’s incredible and efficient features. You may use your Titan system whenever you want, knowing that it is fully charged. Simply said, if you precisely measure your power intake and output, you can use it 24 hours a day.

Consider These Points Before Purchasing A Portable Solar Generator

Solar generators are fantastic, but they aren’t suitable for everyone.

Here are some things to consider when purchasing a solar generator, regardless of the brand you pick.

#1. Dimensions of the Battery

How much power do you truly require? Solar generators of big capacity are required if you want to keep your home’s fridge, TV, and other major equipment operating for more than 24 hours without grid electricity.

On the other hand, if you just need to power your cellphones and torches in an emergency, you may save money by looking for much smaller portable solar generators.

Are you seeking for a portable solar power station that can be used for camping and outdoor trips, or are you looking for something that will merely act as backup power for your home?

Solar generators meant to provide real backup power for your house are much too hefty to readily transport on travels.

If you want to accomplish both, you may require separate backup power and portable solar generating stations.

#3. The Number of Stores

It’s fantastic that certain solar generators have so many inputs and outputs.

If you just need to power your TV and smartphone during a blackout, however, having six AC plugs and four DC outlets is a waste of money.

While it is prudent to be prepared for power outages, you must consider the cost of your investment.

It’s not very cost-effective to purchase a nearly $3,000 solar generator to save $100 worth of food.

Is it possible to power a home with a solar generator?

A large enough solar generator can power a home’s primary appliances, such as the refrigerator and television.

To power a house for more than a few hours, though, you’ll need extremely huge generators.

What is the world’s biggest solar power plant?

The Titan is presently the biggest solar generator on the market, with solar panels capable of charging at up to 2,000 watts per second.

How can I use a generator to charge my solar battery?

When your solar panels aren’t producing enough electricity to fulfill your needs, you may utilize a gas generator to charge your solar batteries.

Simply start the gas generator and attach it to the solar battery’s input as if it were an AC charger.

How long does it take to charge RV batteries with a generator?

The time it takes to charge a normal RV battery with a generator varies greatly depending on the size of the generator and the RV, but you should anticipate it to take at least 10-12 hours.

Should You Buy a Titan Solar Generator?

While the Titan offers benefits in terms of longevity and sheer size, it’s an impractical battery for me to suggest.

You don’t need as much electricity if you’re only attempting to get your house through a power outage.

It’s a lot less expensive than the Titan, but it’ll still keep your cellphones and computers running during a power outage.

It also features a built-in low-power LED spotlight, making it excellent during blackouts.

If that’s not enough power for you, the Jackery Explorer 1000 could be a better option.

Both Jackerys are portable and simple to transport, with a sufficient number of inputs and outputs for what you’d need in the event of a power outage.

THE EXPLORER 500 IN JACKERY

The Titan is just too big and heavy; the Jackery generators are much more practical, particularly when the power goes out and you have to carry them about. 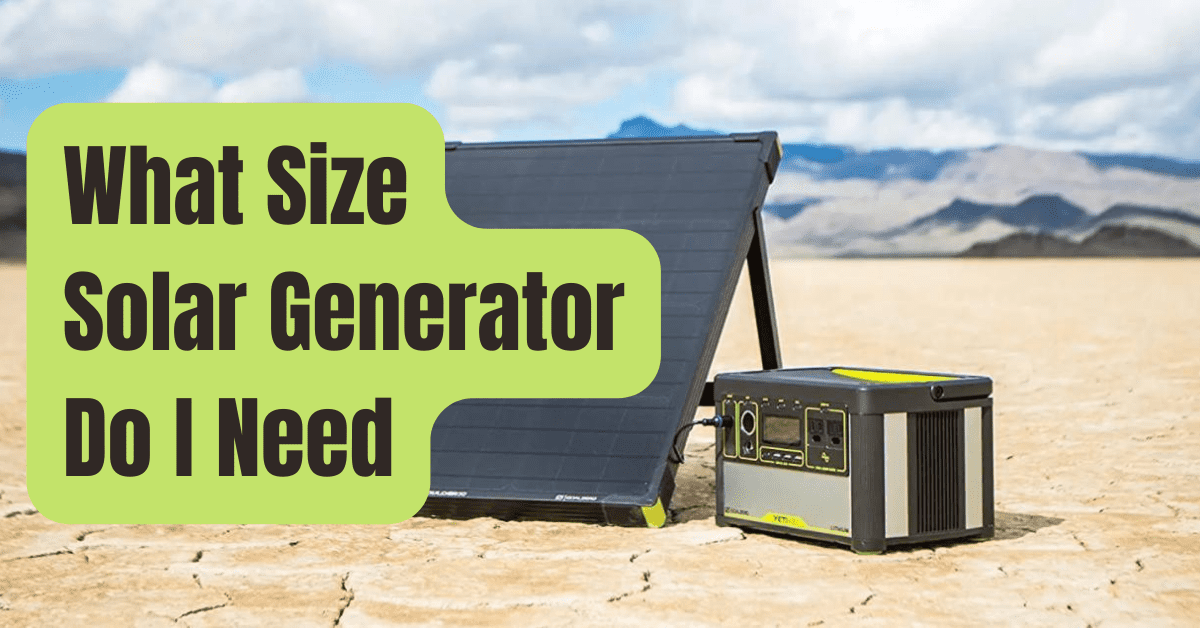 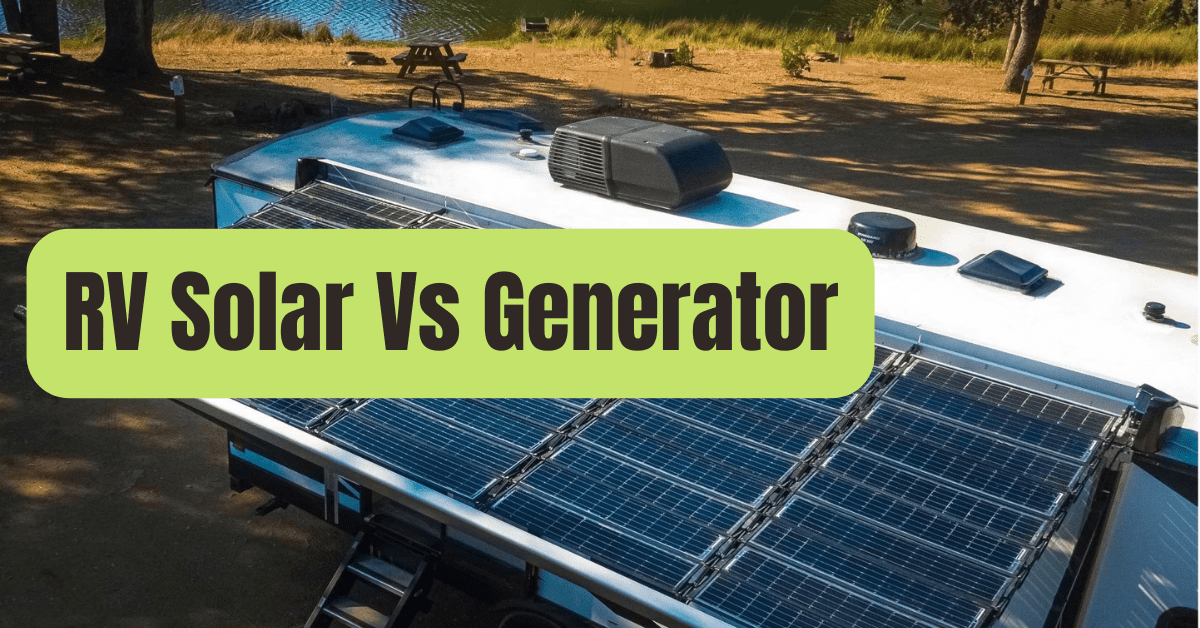 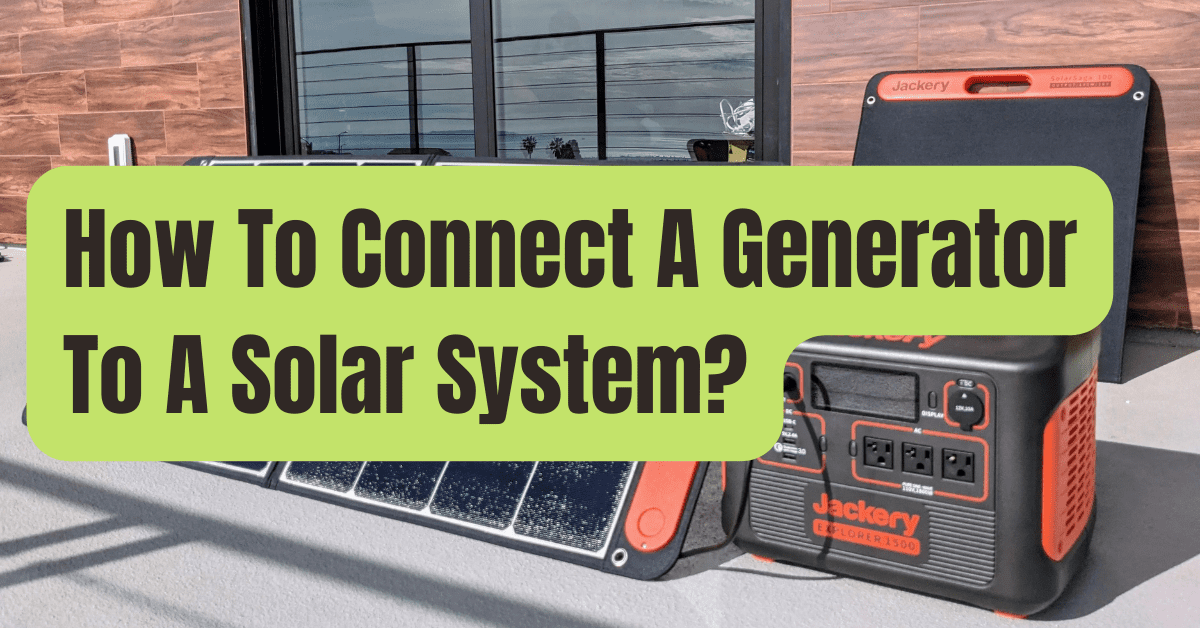 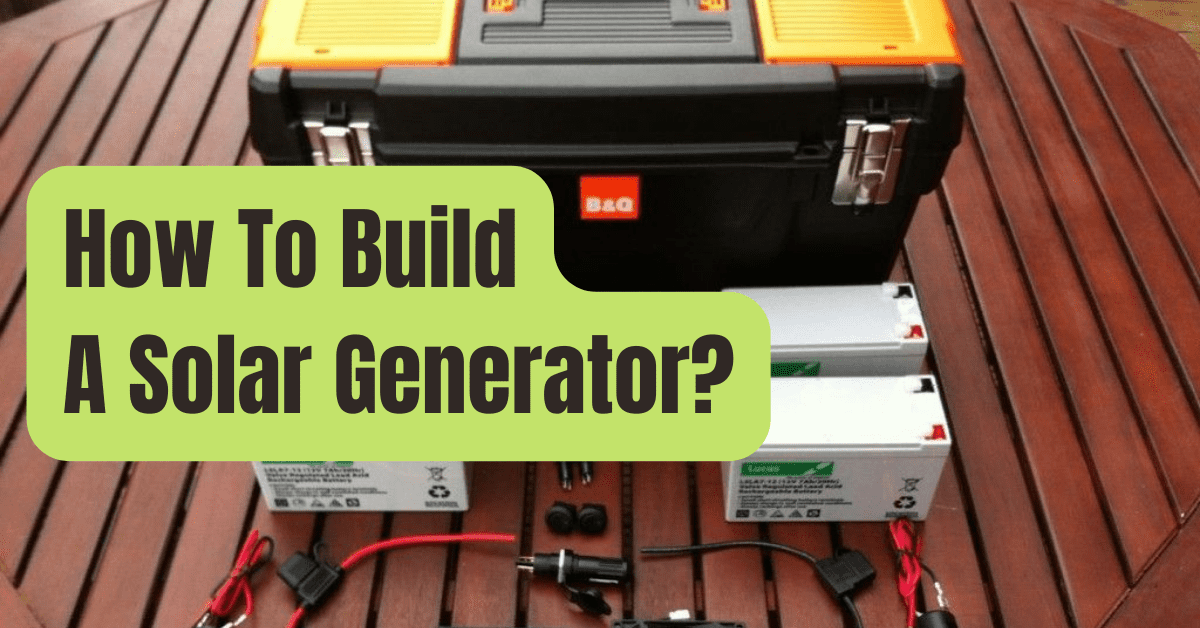 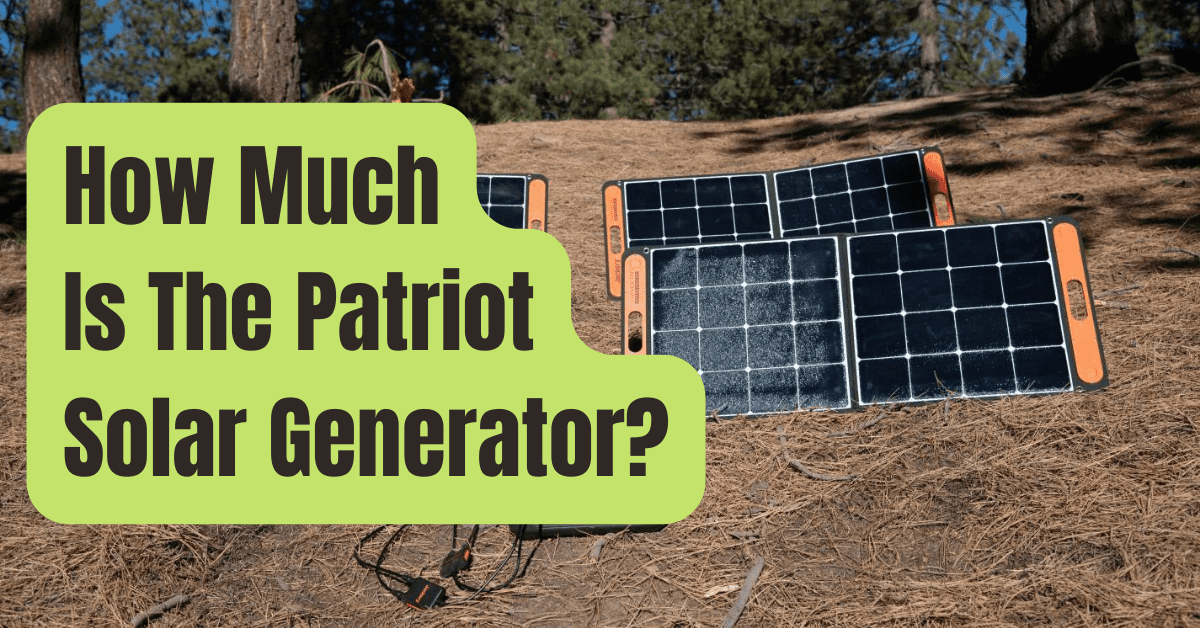 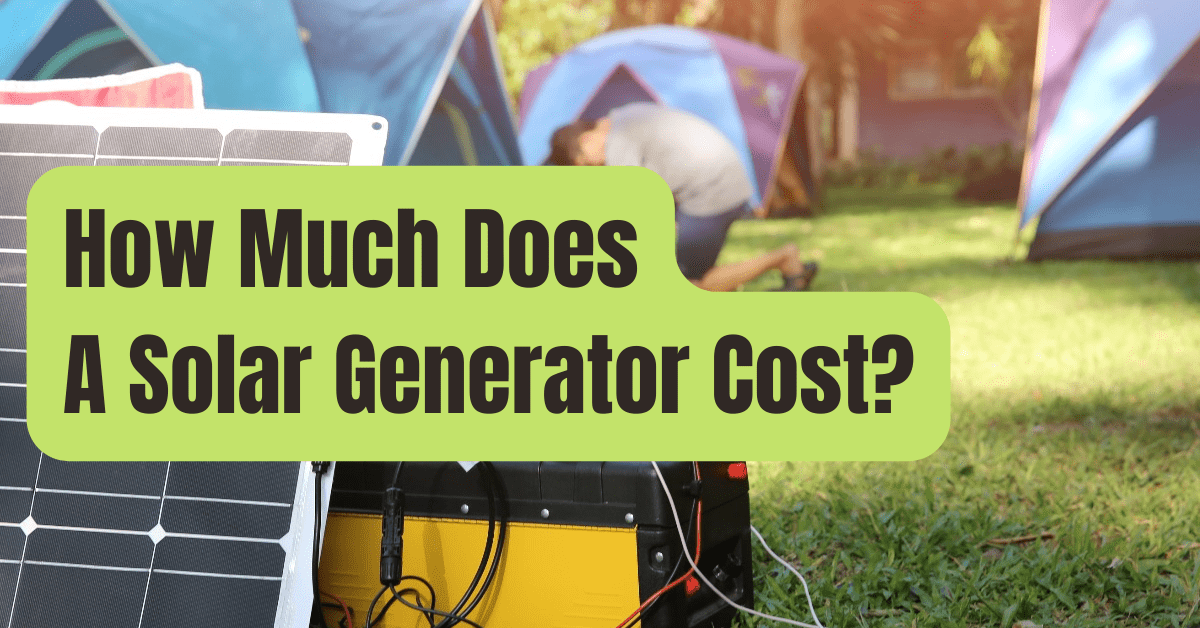