Symptoms of a Bad Torque Converter: Causes and Fixes

In automobiles with automatic transmissions, the torque converter is important.

If you want a comfortable and smooth ride, it must be in excellent operating condition.

You’re in trouble if it doesn’t work.

The rotational power produced by the rotating driving force of the vehicle is converted to mechanical power by the torque converter, which is a fluid or hydraulic connection.

In automobiles with automatic transmissions, the torque converter replaces the mechanical clutch disc, plate, and fork.

Typically, the torque converter is located between the engine flexplate and the gearbox.

A defective torque converter will be distinguishable from a bad gearbox.

Every car with an automatic gearbox features a four-part torque converter.

Symptoms and Signs of a Faulty Torque Converter

Problems with a bad or failing torque converter are often mistaken for gearbox issues.

As a consequence, repairing or rebuilding a gearbox will cost thousands of dollars for automobile owners.

They could be unaware that their torque converter, which is less important than the gearbox itself, is the source of the problems.

The car engine must do more tasks to maintain the same engine speed if the torque converter malfunctions.

The engine will need to turn more often per minute, which will lower fluid pressure and fuel efficiency.

In the worst case, the system would generate additional heat, which can affect other parts.

You probably have a bad torque converter if your gear shifts seem mushy or sluggish.

Lower pressure production is mostly to blame for this.

You may encounter a rough and unusual gear change rather than a smooth and crisp transmission shift.

Raising the torque converter output pressure by increasing engine RPM is the greatest approach to attain that sharp and smooth gear.

Because of the fluctuating fluid pressure at such time, the throttle will begin to malfunction.

Don’t drive your car until it is fixed since it may be risky to do so at this point.

Before checking the torque converter, you could sense a shudder, but don’t forget to contact your professional to check the gearbox mounts and adjust them if necessary.

It’s likely that you have torque converter issues if your automobile shakes or rattles when traveling between 30 and 45 mph.

You may be able to detect the vibration since it may feel like a rough road while you’re driving on it.

The trembling sensation won’t last all the time.

Usually, it occurs and vanishes without warning.

Once you see it for the first time, you should contact your technician to have your transmission checked.

Because it can’t effectively handle fluid, a bad torque converter will quickly make itself known.

Low acceleration will come from either too much or too little fluid entering the gearbox, which can cause gear slippage.

Additionally, the fuel efficiency will be reduced.

Every automobile makes some kind of noise.

You may detect whether anything is wrong with your automobile after a lengthy trip by paying attention to the sounds it makes.

Similar to when a power steering pump has little to no fluid in it, a failing torque converter in a car may make a wailing or whining noise similar to one.

While the clutch mechanism in the torque converter malfunctions, you’ll hear a whining or rattling sound that may not be audible when the vehicle is in park.

You know you have torque converter issues if the whining sounds becomes louder as you shift gearbox ratios.

Additionally, a poor clutch solenoid and faulty seals may be to blame.

Some vehicles include a transmission temperature indicator that alerts the driver if the transmission is becoming too hot.

You can notice that your automobile starts performing strangely, shifts difficult or doesn’t shift at all when the transmission temperature rises over the recommended operating temperature.

It may be anything wrong with your torque converter when two problems coexist.

The torque converter’s inability to effectively transmit power from the engine to the gearbox is the apparent meaning of a transmission overheating.

The torque converter needs high-quality transmission fluid to function correctly since it is a hydraulic and fluid coupling.

Anything that makes use of the fluid will be somewhat impacted.

The likelihood that you have a malfunctioning or subpar torque converter increases if you also detect that your gearbox fluid is polluted.

There is a probability that you have broken torque converter seals if you see fluid pouring from between the gearbox and the engine.

The torque converter seals might get compromised by a number of sources and start to leak.

The torque converter isn’t maintaining the proper quantity of transmission needed to transmit power from the engine to the gearbox when you have fluid leaks.

Long-term effects of this will harm the engine and gearbox.

How To Address Issues With Torque Converters

There are, however, tried-and-true simple remedies that you may use to address transmission issues.

In general, the steps below describe what you should do on your own as soon as you realize that anything is out of place.

You are aware that the torque converter is a complicated machine, and that when it breaks down, you must remove it, empty the fluid, rebuild it, or replace it entirely.

Step 1. Lift and pack the park:

Place the car on a flat, firm surface.

Blocking off the wheels will allow you to swiftly raise the automobile and get underneath it.

Don’t forget to use Jack stands to support the vehicle.

Car A vehicle can never be supported by only jacks.

Slide your mechanic’s lay-board beneath the vehicle after grabbing it.

To do this, slide underneath the car and unbolt the gearbox sump.

To avoid damaging the garage floor, place the waste oil collecting pan precisely under the gearbox.

After draining, put the liquid in a container and later dispose of it.

Reinstall the sump and tighten it with your hand.

Torque the sump using the correct tool you used before.

Step 3. Add the appropriate fluid to the new transmission:

Get the transmission fluid suggested for your car and fill it up till the standard gauge is reached.

Visit your owner’s manual or the manufacturer’s website if you can’t find it on the transmission dipstick.

Step 4. Start the engine after lowering the Jack:

You should now take the Jack stands off and stow the car.

Recheck the transmission fluid’s gauge after starting the engine.

The next step is taken after the fluid has been gauged.

Typically, the product is thick and a little challenging to pour into the transmission.

Boil a quart of boiling water and put it in a small basin to make things much simpler.

Put the instant “shiver fix” in the bowl after that, and let it sit there for 5 to 10 minutes.

Locate your car’s gearbox dipstick and pour the quick shudder repair into the fluid after the substance has dissolved into a liquid state.

Reassemble everything, then take a 10- to 15-minute test drive.

What noise does a malfunctioning torque converter make?

Every car creates a sound, that much is certain.

Knowing the sound of your car can help you save money and let you know when anything is wrong.

It will make a strange noise, such as whining or rattling, if the torque converter begins to fail or is entirely destroyed.

Within seconds, the sound will start and then abruptly end.

Will a malfunctioning torque converter produce a code?

The question of whether a malfunctioning torque converter would generate a code has long worried the typical automobile owner.

In forums for cars, this subject has been posed many times.

The check engine light will turn on as a result of a malfunctioning transmission solenoid registering a diagnostic problem code (DTC).

Does a malfunctioning torque converter generate a banging noise?

If you have loose torque converter nuts, a faulty TC will create a strange noise similar to a piston slap or a con-rod knock.

However, the flex plate is only being struck by the torque converter.

If it hasn’t already impacted anything, all that has to be done to stop the noise is tighten the nuts.

A faulty torque converter may harm a gearbox.

The gearbox suffers greater harm the more you disregard the torque converter issues.

Once you are aware of the indications to look out for, torque converter issues may be avoided.

Fixing the symptoms is crucial when you become aware of them.

Call your technician to undertake the repair if you lack the confidence to complete it yourself.

When compared to the transmission damage it may cause if the torque converter is neglected for a long time, the cost of repair or replacement is rather low.

What Causes A Torque Converter To Fail Videos Suggestions From Youtube 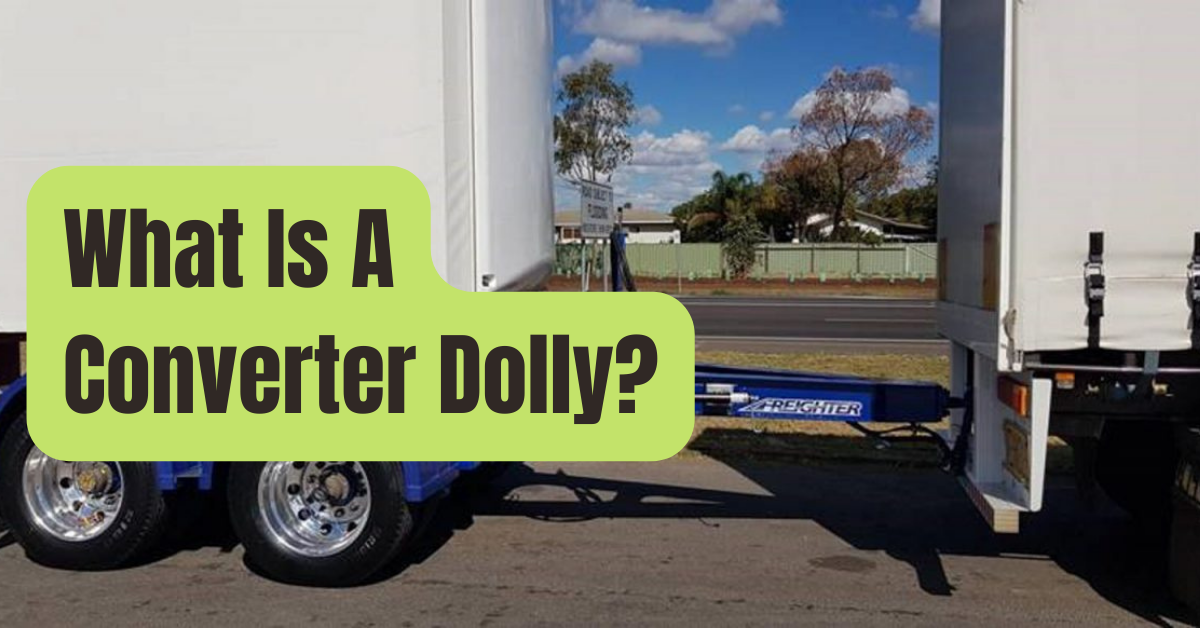 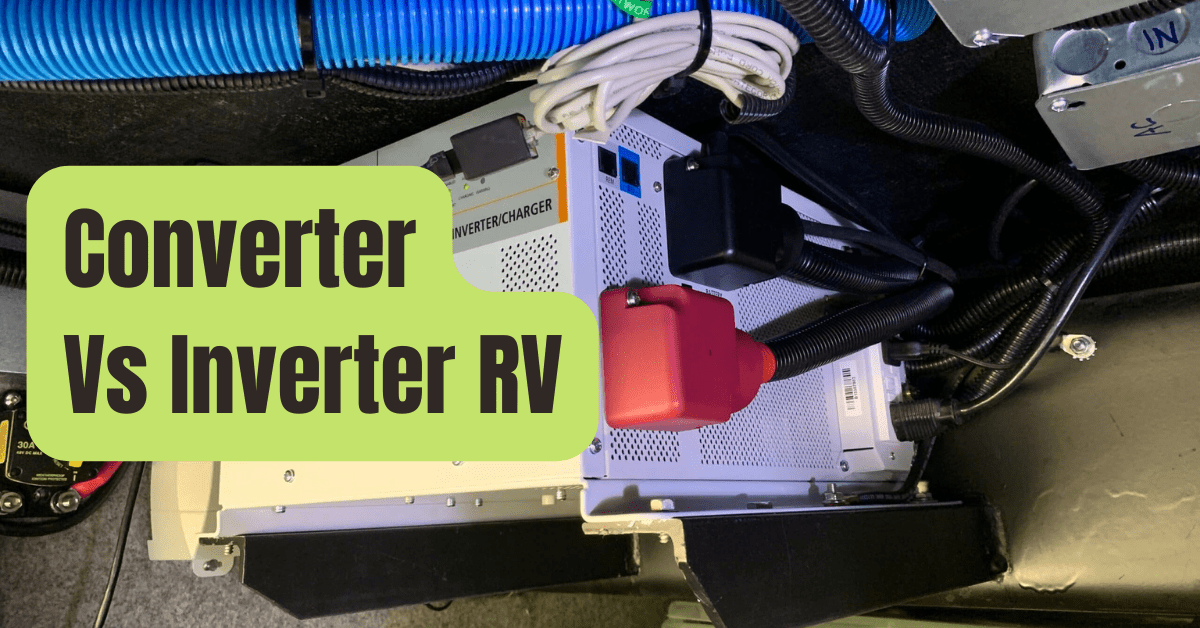 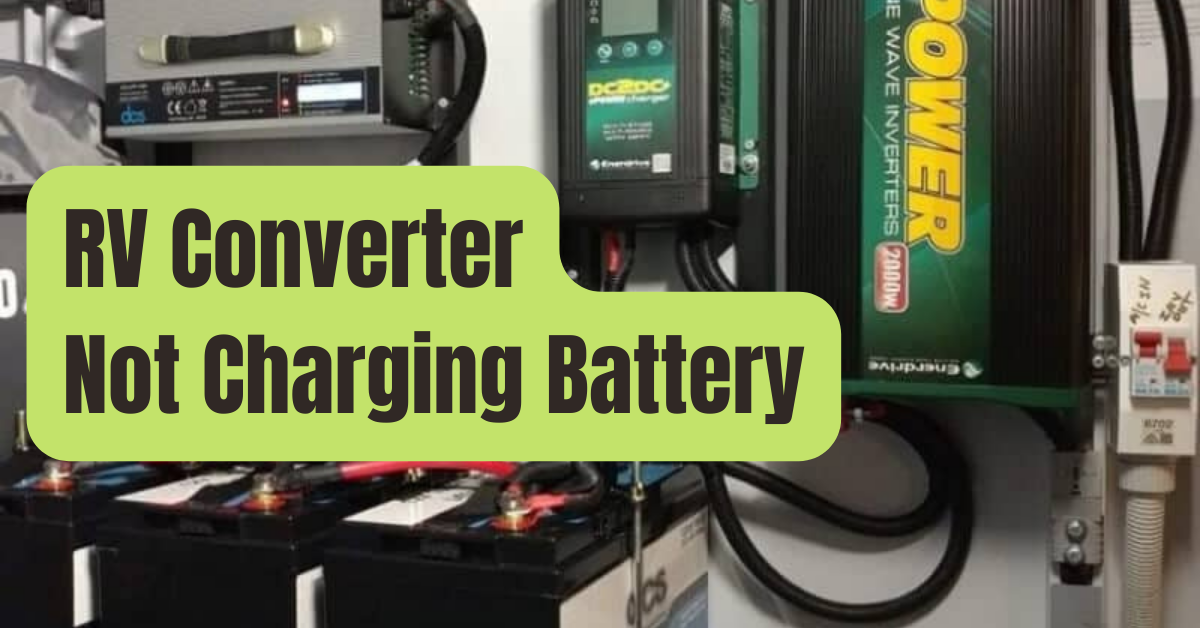 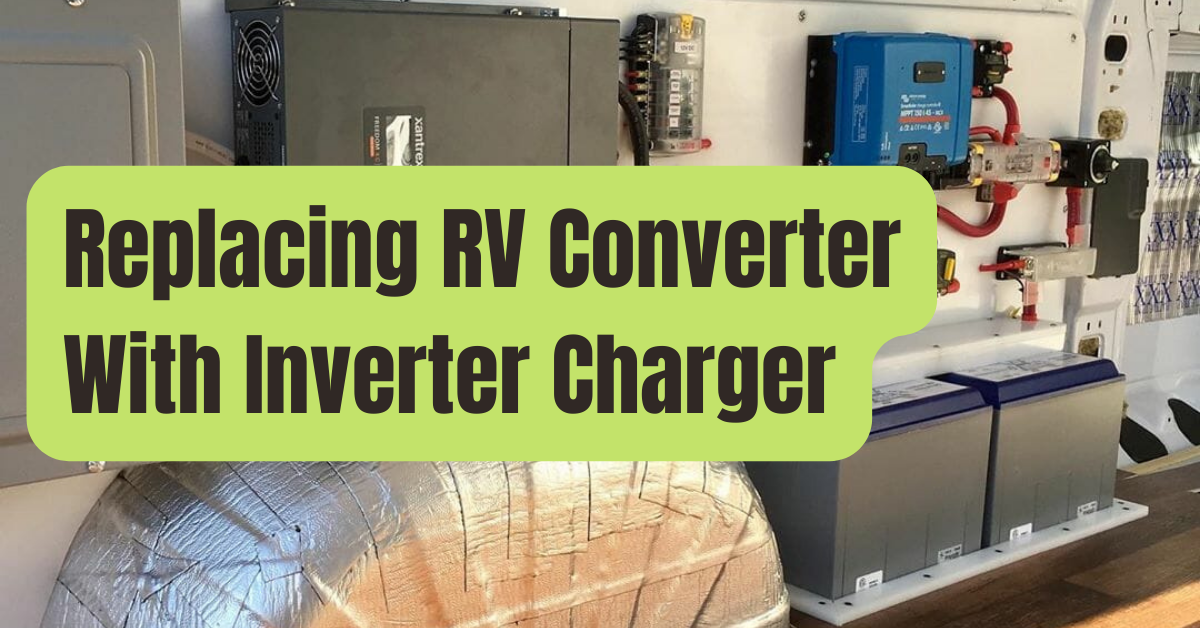 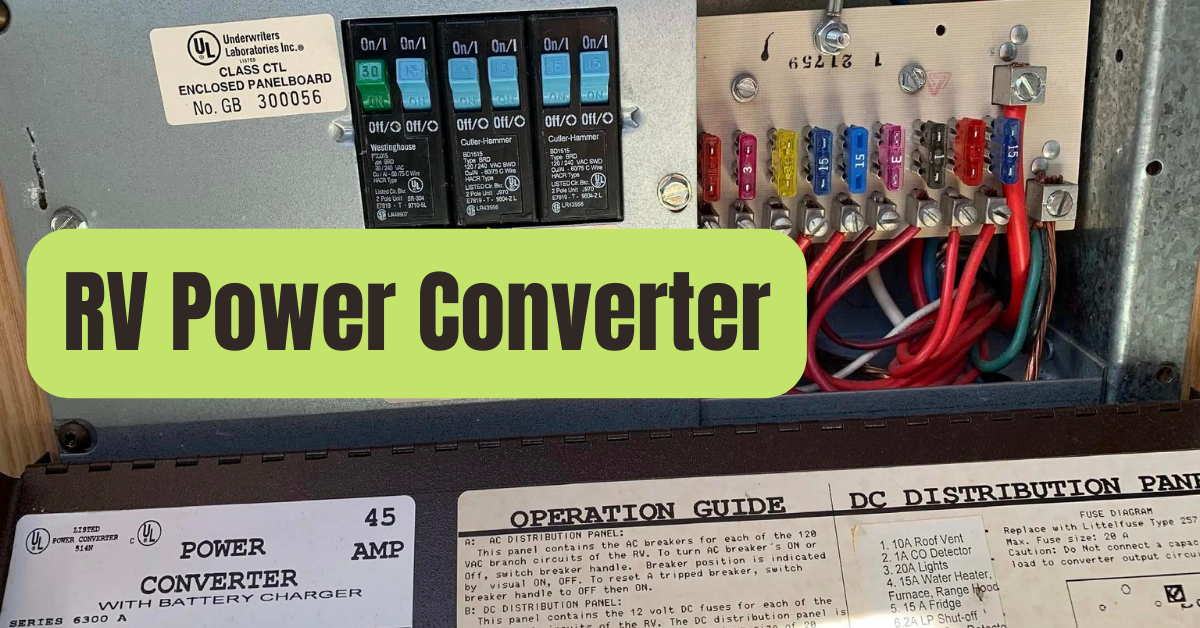 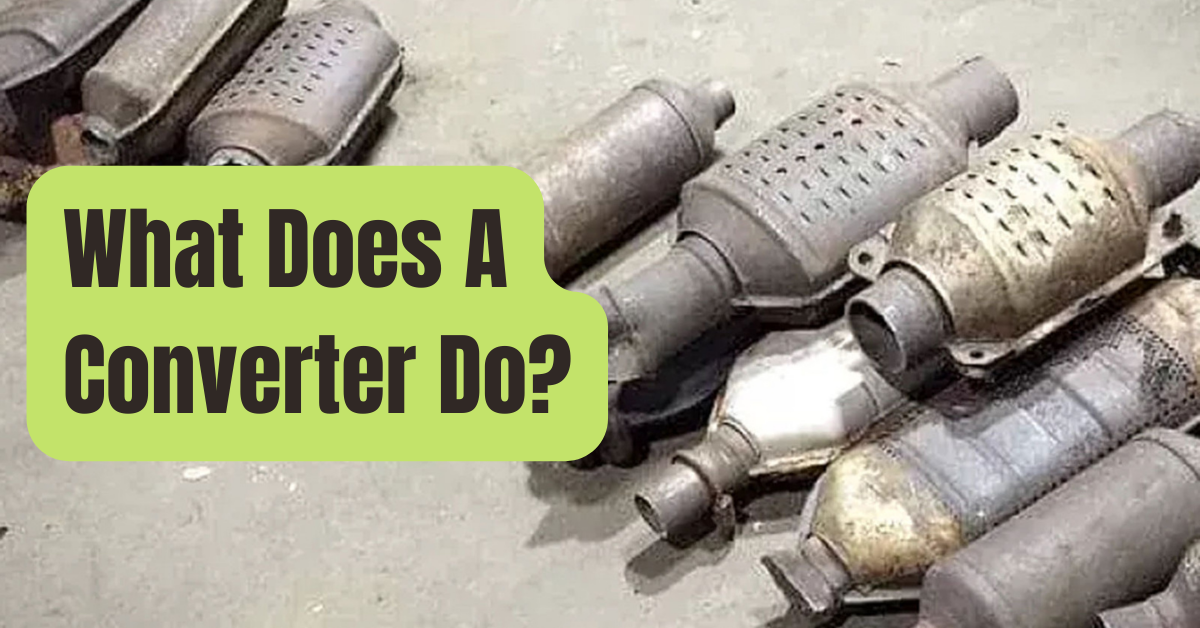