RV TV Guide: What You Need To Know About Camper TVs

You may not be sure which brand is the best if you’re installing a new RV TV or replacing an old one.

Jensen and Furion, the two most common brands of camper TVs that come factory installed in a camper, may be known to you.

Is it possible, though, that other manufacturers will function with your recreational vehicle?

Do you need to be concerned about buying a 12-volt TV that is designed exclusively for RVs but costs much more than other 12-volt televisions? Is it possible to purchase any brand?

What’s the difference between a regular television and a 12-volt television designed for RVs?

This article will teach you all you need to know about TVs in RVs, whether you want to install a new one or replace an old one.

“Can I simply grab a TV from anyplace and use it in my RV?” many people wonder.

The good news is that the response is a resounding ‘yes.’

The bad news is that you’ll still need to learn a few things about TVs and how they function in RVs.

There are a few factors to consider, such as whether you’ll be using it mostly on shore power (120 volts) or from your batteries (12 volts).

This RV TV guide covers all of these topics and more.

Is It Necessary To Purchase A TV Designed Specifically For RVs?

Is it possible to use a’regular’ TV in your RV or do you need to get an RV TV that is’made’ for RVs?

The answer is an emphatic yes.

We’ll go through this in more detail later.

First and foremost, we want to silence those who feel forced to say things like “TVs have no place in an RV.”

After all, you’re going camping to enjoy the great outdoors, right?

Why would you arrive to a campsite just to sit inside and watch TV?

Smarty pants, don’t be so ready to pass judgment! If you like, you may have a TV in your RV for a variety of reasons.

We’ll even make an exception for you.

Related: How Big Is The TV Backer In A RV?

The Benefits of Having a Television in Your RV

We can all think of a few.

Just keep in mind that most RVs come equipped with a television.

Uninstall it and move on if you’re so serious about not having one.

What about days when it’s raining? If you’re stranded in a campsite with your family and nothing to do, a television may be incredibly enjoyable.

After a long trek, nothing beats curling up in bed with your sweetheart and watching a fantastic movie.

What about people who live full-time in their RVs? They undoubtedly want some kind of amusement from time to time.

You may disagree all you want, but one thing is certain: TVs in RVs are here to stay.

Is It Necessary For Me To Purchase An RV-Branded Television?

If you do decide to have a television or two in your RV, or if you need to repair one, you may have come across this fair point:

“Do I need a television designed exclusively for RVs?” It’s an excellent question.

We’ve done a lot of research on RV TVs and will share our findings on whether you need an RV TV or whether a conventional ‘home brand’ television would suffice.

What’s the Difference Between RV and Regular TVs?

Jensen is the largest RV TV manufacturer we’ve come across.

ASA Electronics is the manufacturer of this brand.

They are by far the most well-known maker of electronics intended for maritime and RV use.

Jensen’s RV TVs vary from’regular’ television sets in a few of respects, according to their website:

1. They claim to achieve quality by “expertly creating each product from the ground up and confirming all designs via thorough testing, the majority of which is performed in our own on-site test lab.”

2. They say that their goods have been “very tested to withstand real-world circumstances such strong vibration, UV exposure, humidity, water spray, and significant temperature variations that are frequent in mobile locations.”

The Jensen TV that came with Marshall’s trailer

Jensen has a representative (identified simply as JensenRVdirect) who has responded professionally on internet forums regarding how they vary from normal ‘home’ TVs on many occasions.

The following are some of the highlights of his remarks:

Okay, that sounds great, but how do ‘home’ televisions function in an RV? Do these ever break down when being used in an RV?

This was a commonly asked question, and we wanted to know the answer.

What’s more, guess what? We were able to find what we were seeking for.

Suggestion: How to Get Better TV Reception In Your RV

In An RV, Using A “Regular” TV

‘Have you ever utilized a typical off-the-shelf TV brand in your RV?’ we questioned several of our fellow RVer pals.

Something from Amazon, Target, or Wal-Mart, perhaps?

The majority of them replied:

Many individuals have successfully used’regular’ TVs in their RVs for years.

People have often said that they have had a conventional TV in their RV for three, five, or even ten years with no problems.

We’ve never heard or read anybody mention that their RV’s normal TV ‘broke’ off its mount.

Or that it ‘froze’ over the cold and then stopped working.

Or that humidity caused the interior components to get excessively wet, resulting in the TV’s death.

We’re not saying that anything like this has never occurred before, but we haven’t discovered any evidence of it.

What About Issues With Cold And Condensation?

The only time you’ll encounter the risk of condensation is when the temperature changes.

Condensation accumulates throughout a chilly TV as it heats up fast.

Short circuits, shock, or other types of terminal failure may occur if you connect it in or turn it on at that time.

You’ll never have to worry about that if you just remember this.

Allow it to adapt for approximately 24 hours.

TVs do perish from time to time for a number of reasons.

You’d hear about it via blogs, forums, and word of mouth if a lot of’regular’ TVs (in RVs) perished due to things like too much humidity, hot and cold weather, or severe shaking.

For the last 20 years, I’ve been a full-time RVer.

For the last 20 years, I’ve been a full-time RVer.

I used to have an old CRT TV and now have two flat screen TVs, a Sanyo and an Insignia.

For me, all three have worked flawlessly.

My TVs have never been harmed by the legendary “RV vibration” that happens during a road trip.

I’ve spent the most of my RV life in Florida.

I worked more than 40 hours each week.

When I departed, I set my thermostat to 90 degrees and returned after nightfall.

The TVs were never harmed by heat or humidity.

With the TVs, I’ve traversed the United States twice.

I was in Montana from September to January.

My water pump and water pipes froze there, but the televisions were good.

Over the years, I’ve also experienced my share of bumpy roads.

The televisions were never impacted.

My “standard” brand “home” TVs have served me well.

They’ve survived the Minnesota winter without a hitch.

They’ve been exposed to extremes of heat and cold.

We have discovered that you do not need a dedicated RV TV for your rig.

It’s traveled down a lot of washboard dirt roads since then and has performed well.

Kelly from Camp Addict, felt pleased with herself after mounting the bracket for her new Insignia TV.

We’ve presented you with the facts.

It’s entirely up to you to decide whether you want an RV TV or a standard TV in your RV.

When It Comes to Camper Television, How Cold Is Too Cold?

In severe temperatures, any equipment may fail.

Consider this: manufacturers of normal televisions have “cold storage ratings,” which vary.

TEMPERATURES FOR VIEWING ARE USUALLY HIGHER.

Jensen states that theirs has been tested for viewing angles ranging from -4 to 149 degrees.

Really? Consider this for a moment…

WHO IN THEIR RIGHT MIND would want to watch TV in a -4 degree room?

You figured it out.

When we watch television, we are virtually always in a cool setting… anywhere between 60 and 85 degrees.

That’s a totally safe working range for any television.

As long as you don’t go in your RV on a very cold day, crank up the heat, and then turn on your TV 10 minutes later, you should be OK.

If you live somewhere where the temperature drops below the TV’s cold storage rating, you may always move it inside your house or garage to keep it.

If you’re still on the fence about acquiring a standard TV, bear in mind that many of the display monitors in today’s automobiles are LCD-based.

Isn’t it true that automobiles are known for attaining excessive temperatures? Those monitors remain on working.

What we’re getting at is that a ‘RV’ TV isn’t actually necessary for your rig.

The good news is that you have complete freedom in selecting your television brand.

What is the difference between a 12-volt and a 120-volt television?

D/C power, which comes from your RV’s house batteries, is used to power 12-volt TVs.

To use a 120-volt TV, you must either use an inverter or be connected to city electricity or a generator.

It mostly depends on your RVing style.

A 12v TV is a fantastic alternative if you boondock and depend on your batteries and RV solar.

If you are ALWAYS in a campsite, then 120v will enough.

In an RV or camper, you are free to use any brand of television.

All you need to know is whether you can connect it for 12 volts or if you need to use 120 volts.

Keep in mind that not all roads are entirely smooth, therefore your mount should be quite solid.

Temperatures should not be an issue unless you abruptly chill or heat your RV and switch on the TV before it has adjusted to the new temperature.

If you’re looking for a new television, we’ve examined a few options below to help you decide.

If you have any questions concerning TVs in RVs that aren’t addressed on this page or haven’t been asked in the comments, feel free to ask us in the comments section below the reviews.

We will respond to any pertinent and fair queries that have not yet been raised.

Please offer enough information for us to respond intelligently, and we will do so if we are able.

Recommended: How To Hook Up Cable TV In An RV? 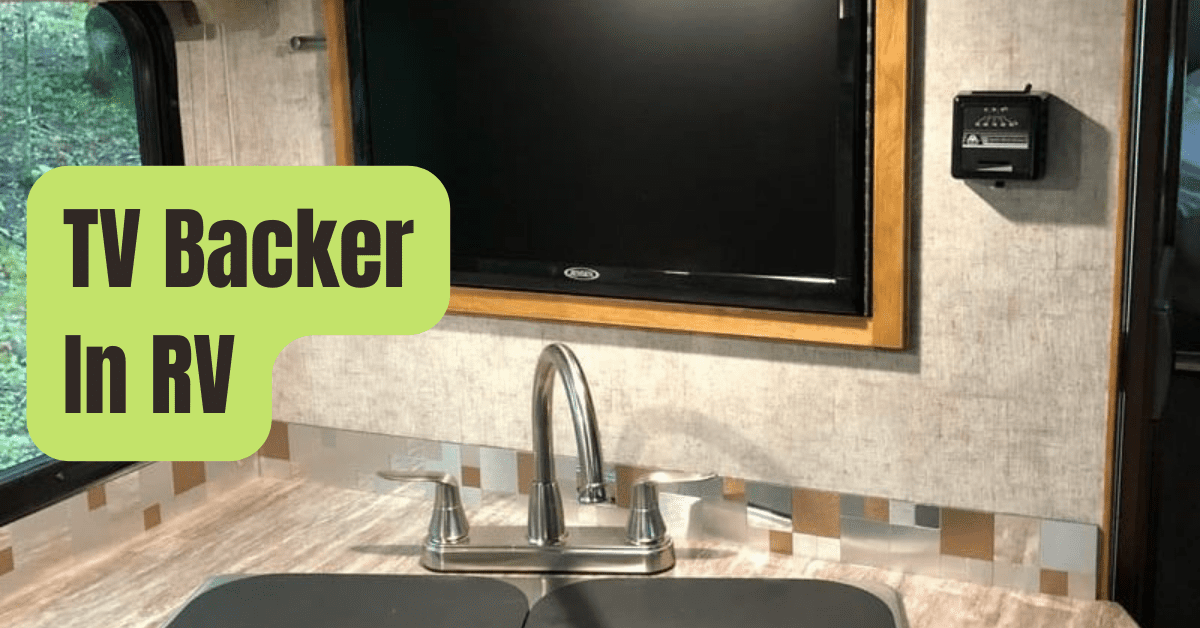 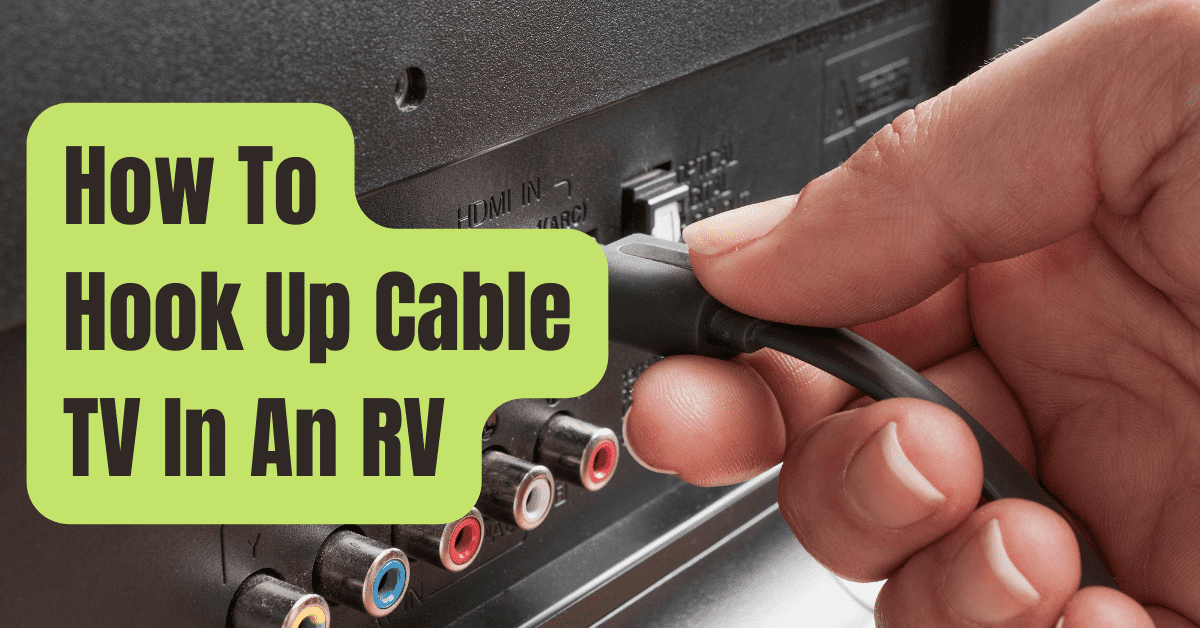 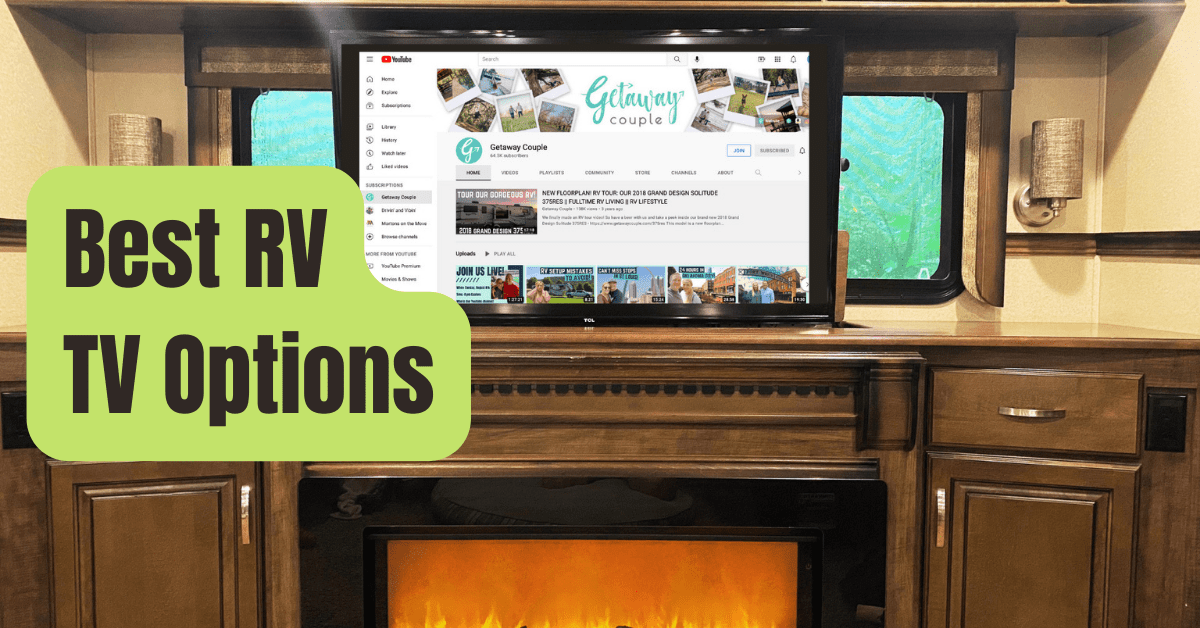 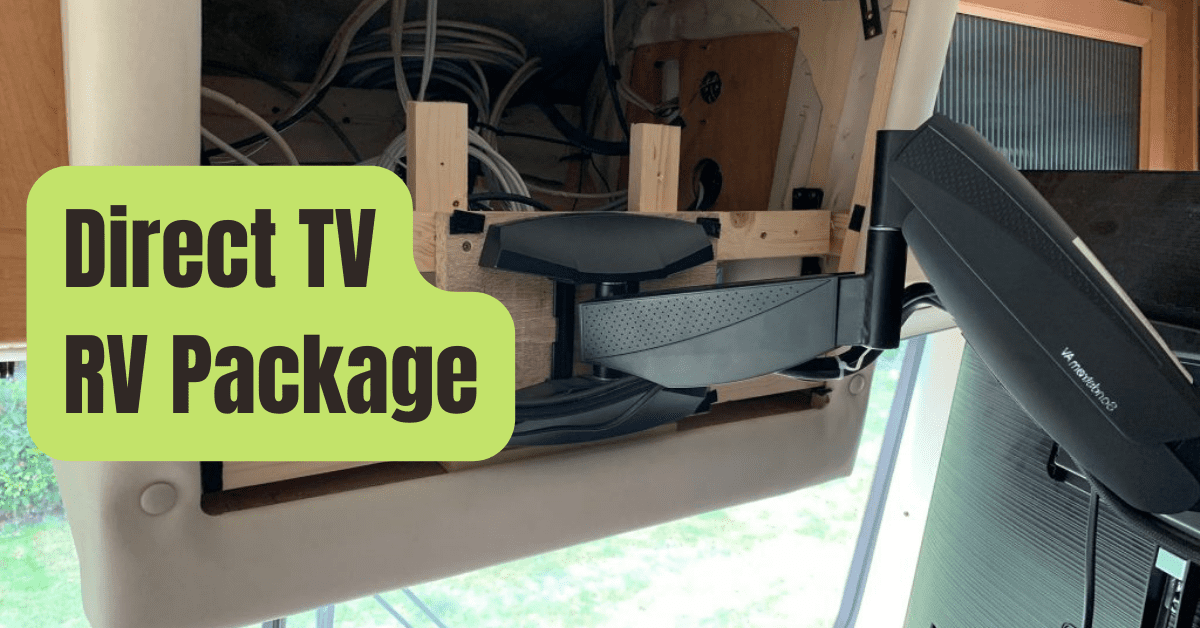 How Big Is The TV Backer In A RV?