How to Mount A TV Without Studs?

Wall installation has grown more common as televisions have shrunk in size but improved dramatically in picture quality.

By eliminating bulky, unwieldy entertainment consoles, mounting a TV on the wall may help save space while also offering a cleaner, neater, more organized appearance with no wires, cables, or cords in sight.

More information on how to conceal TV cables may be found here.

Most TV mounts are made for drywall, which makes them simple to install but necessitates the presence of studs.

The structure that supports your walls is made up of vertical pieces of wood called wall studs.

Because drywall is fragile, relying only on it to hold your mount and TV might result in a hole in the wall and a TV on the floor.

The studs give a solid anchor point for your mount and TV, ensuring that they remain there.

Unfortunately, the wall you pick for your TV may or may not contain studs, depending on your living area and the structure of your house.

The good news is that with Attach-No It’s Stud TV Wall Mount, which hangs on the wall like a picture frame, you can still mount your TV despite the hollow walls.

You may also continue reading to learn about additional options for mounting a TV on the wall without studs.

Anchors are one of the simplest methods to hang anything without a stud in the wall.

These function in a variety of ways to protect screws from sliding out of their holes or causing drywall damage.

Anchors that can be toggled

Toggle anchors, often known as toggle bolts, are screws with a butterfly toggle at the end.

Toggle anchors operate by anchoring to the back of the drywall when installed in the wall.

Pulling on the screw or exerting any other outward force has no impact since the toggle makes the whole sheet of drywall resist rather than just the crumbly core.

To put it another way, it’s the difference between tugging on the whole wall vs a single screw.

These drywall anchors are a bit more difficult to use than regular drywall anchors, but they are exceptionally strong and suitable for medium and heavy weights.

There are two types of these: pointed and non-pointed.

With a sharp tip, pointed molly bolts may be placed with a few delicate but strong blows with a hammer.

Cutting out an installation hole is required for non-pointed molly bolts, which are preferable for plaster walls.

When left untightened, the sleeve of these bolts remains thin, but when tightened in your walls, the sleeve swells, forming an anchor to the back of your drywall.

Toggle anchors use a similar mechanism.

Remove the screw and replace it with the screws for your TV wall mount after the molly bolt is firmly attached.

Consider employing a mounting plate or cleat made of metal or plywood in addition to these drywall anchors.

Mounting plates are fastened into the wall from behind the TV using any of the anchor screws listed above.

The mounting plate may then be fitted into the base of your TV wall mount.

The concept behind a mounting plate is to provide additional anchor points while also increasing the surface area available to support the weight of the mount and your TV.

If you’re concerned about appearances, make the mounting plate smaller than your TV’s size so that the monitor conceals the plywood or metal.

If that’s not an option, you may always paint or stain the mounting plate to disguise it or give a touch of class.

Related: What Size Screws Are Used To Mount A Samsung TV? (It Depends!)

If your walls don’t have studs, you may install your TV from the ceiling, which is less frequent than traditional wall mounts.

This is a more time-consuming operation that isn’t always possible, but almost all ceilings feature beams or joists that serve the same purpose as studs.

You may need longer screws to reach joists depending on the form of your house, and these joists may be more spread out than you anticipate, but they should be there.

Related: How To Mount TV In RV? (Step-By-Step)

How to Put Your No-Stud Wall Mount Together

How to Mount a Television

Related: How To Install A Flat Screen TV In An RV (Detailed Guide)

What You Should Know

When your walls don’t have studs, anchors and mounting plates are an efficient and typically simple solution to keep TV wall mounts in place.

While the procedure is relatively simple, there are a few considerations to bear in mind:

1. Be Aware of the Weight of Your Television

Make sure the wall anchor screws you purchase are rated to support the weight of your television.

The weight of a 32-inch television varies depending on the model, but it normally weighs between 25 and 30 pounds.

As a result, a bigger screen will be heavier.

Always double-check the weight capacity of the anchors you choose.

It’s also a good idea to be cautious while lifting your gadget.

Even a small flat-screen television may be rather heavy.

As a result, having a buddy help you with the installation is strongly suggested.

2. Be Aware of the State of Your Walls

If you’re mounting a TV on old, cracking drywall or plaster, even the strongest wall anchors won’t make much of a difference.

Walls that look weak may really flex and bend beneath the weight of your TV, and may eventually shatter.

The VESA pattern establishes a standard for wall mounts so that they will fit any television.

Mounts, on the other hand, are rated for certain TV sizes and weights.

A wall mount designed for a 32-inch TV, for example, would not be able to hold the weight and proportions of a 40-inch TV.

Choosing the incorrect mount might result in your monitor toppling to the floor and causing damage to your wall.

To prevent this issue, read our guide on how to pick a TV wall mount.

4. Think about the Mount Type

Tilting mounts enable you to modify the vertical angle of the mounted TV, while fixed mounts are static and set in one position.

Toggle bolts and other wall anchors should not be utilized with full-motion mounts as a general rule.

These mounts inherently add extra weight since they contain arms and swivels that allow for full angle adjustments.

The continual movement that comes with changing your mounted TV may put additional strain on your anchor points as well as the wall itself.

Don’t be concerned if your wall lacks studs.

You still have a lot of alternatives when it comes to installing your TV.

If you’re unsure about these options, it’s never a bad idea to contact a specialist who understands how to mount a TV on the wall without studs.

It’s better to spend a little extra money and ask for assistance than to wind up with a shattered TV and drywall that has to be replaced.

Once you’ve decided on the proper mounting bracket for your TV, you’ll need to choose the perfect spot for it and adjust the height accordingly.

When wall-mounting a TV, proper wall location is critical since, even with an articulated wall mount, your ability to alter the TV position subsequently would be restricted.

The first step is to choose the perfect wall.

It should be in a prominent place with plenty of chairs and room.

Even more crucial than comfort is ensuring that the wall has all of the power plugs required for your television.

Then you must pick the proper mounting height, which is normally near to eye level while sitting with the center of the TV screen.

It’s quite helpful to have an assistance here since one person can hold the TV while the other double-checks the angle and location.

You may then note the time when you wish to attach the mount.

Place the TV at the proper height, with the screen’s center about at eye level.

(Having a second person to evaluate the comfort and angle while you and another helper hold the real TV helps here.) Mark the desired location using a pencil or masking tape in the bottom right or left corner. 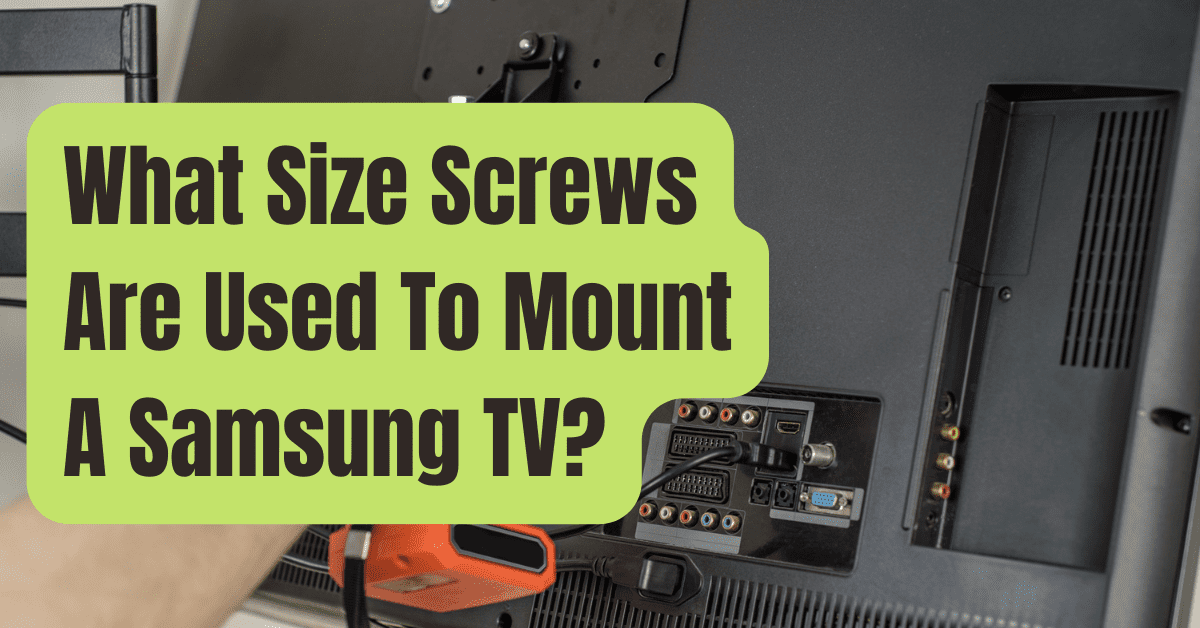 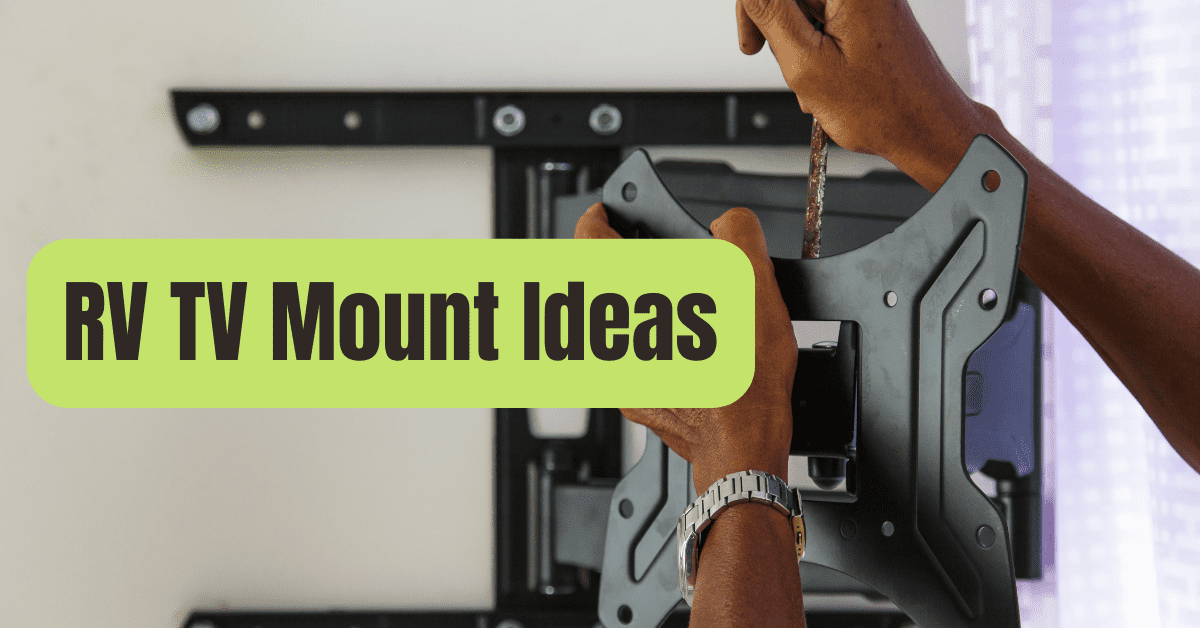 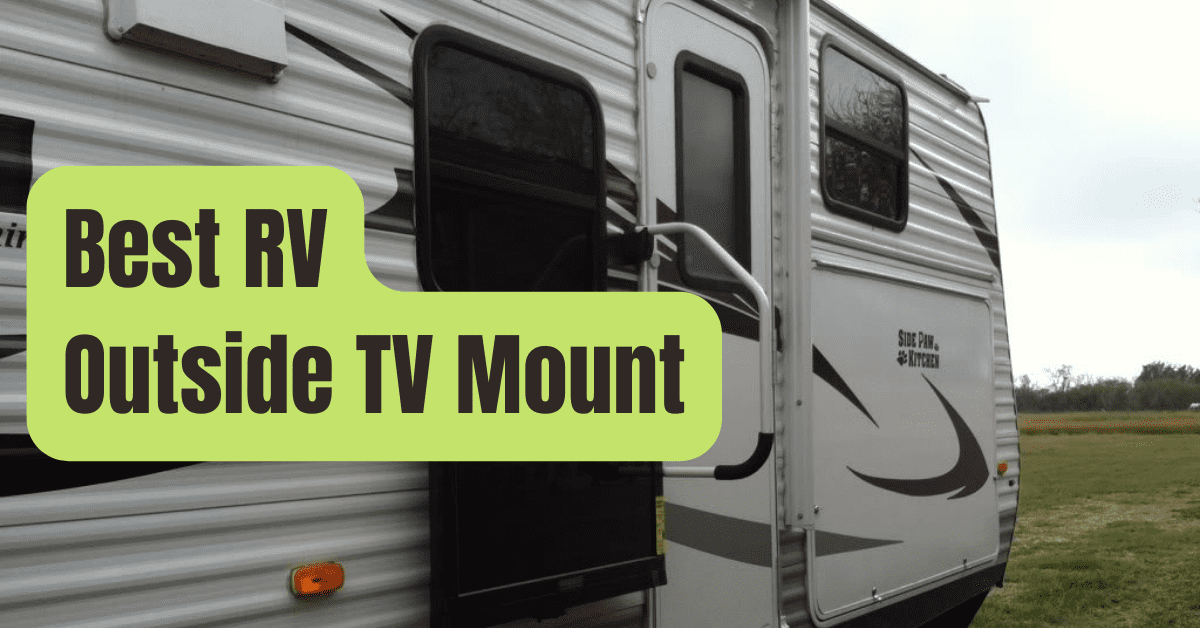 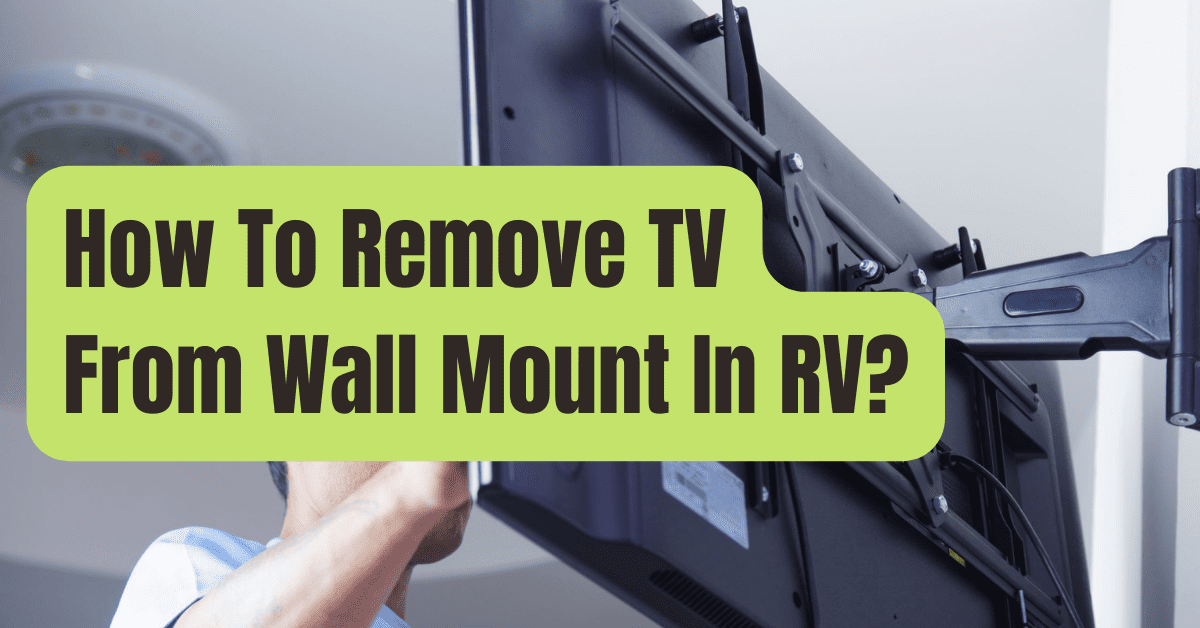 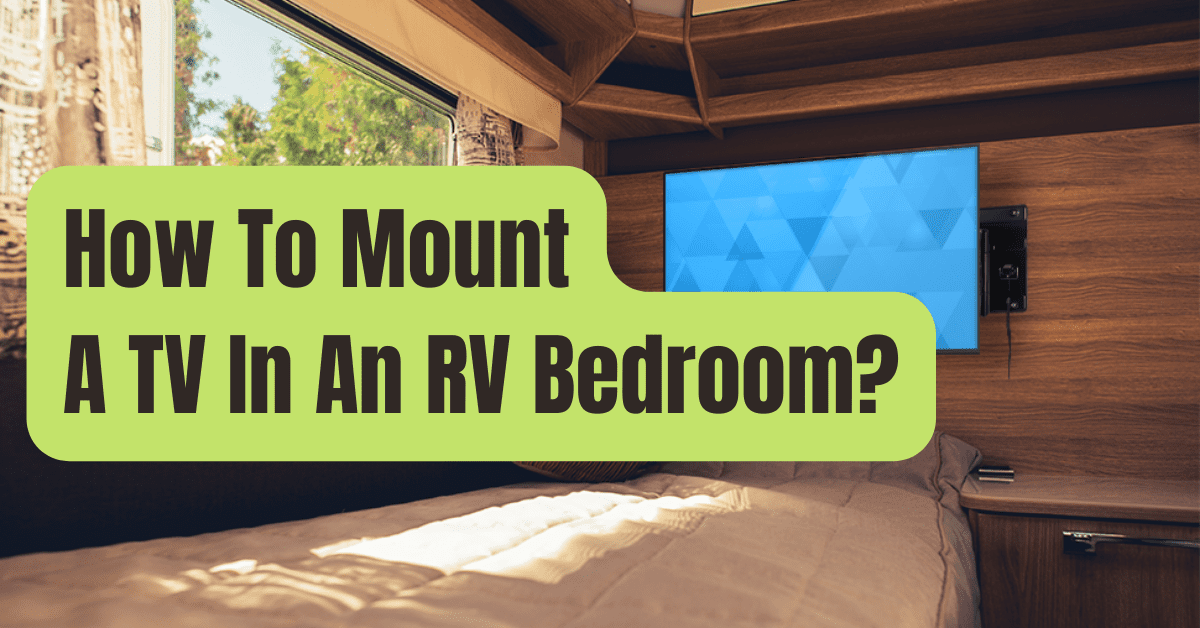 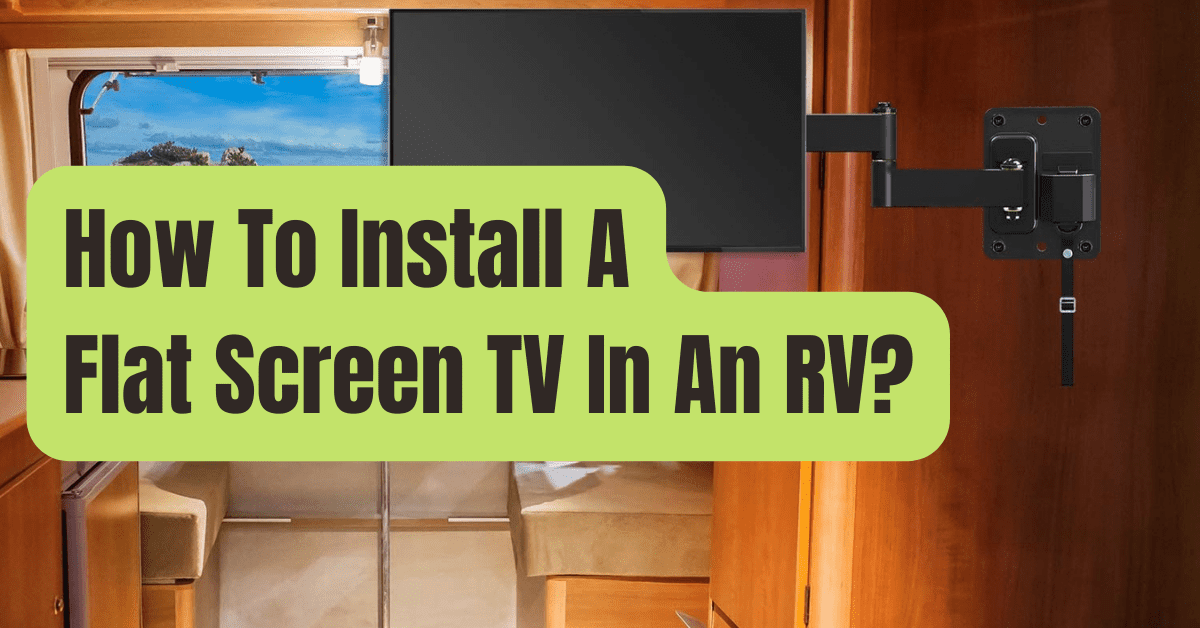